Movies That Could Change The World: The Best Non-Fiction Films of 2017 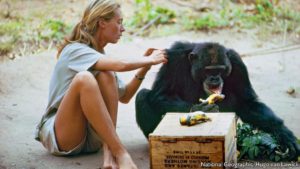 We love documentaries at the Naro. Our ‘New Non-Fiction Film’ series on Wednesday nights with speakers and discussion continues to gain popularity in the age of Trump. As we search for what’s wrong in our society that has given us such a dystopian nightmare, an in-depth analysis is needed that is seldom provided by mass media. The feature documentary format has become an important vehicle for such investigations by committed filmmakers who will dive into complex issues. Unlike corporate media, they don’t receive their production money from corporate sponsors allowing them the creative independence and integrity often found lacking in news reporting today.

The assault on the planet by global finance capitalism has been subverting our democracy at ever-increasing rates. The unregulated power, greed, and corruption of the Trump presidency is eroding what remains of our civil liberties and fragile ecosystems. In these regressive times, a free and independent media that holds power accountable has never been more crucial.

It was a very rich year for documentaries in general and for investigative film journalism in particular. Issues that were tackled by these films included government malfeasance, the secret surveillance state, unchecked militarism, corporate corruption, the concentration of wealth and power, the failure of environmental regulation, and man’s relationship to animals and nature.

The number of documentaries submitted to the Academy Awards this year that were eligible for Oscar consideration was an imposing 170 titles. A number way too large for any one person to view. The total was then whittled down by the Academy documentary selection committee to 15 films known as the Oscar shortlist. The selected films can be viewed at the website www.oscar.org. This shortlist will later be reduced to a final five nominees for Best Documentary when this year’s Oscar nominations are announced on January 23rd.

Most of the docs shortlisted for an Oscar have received their local premiere at the Naro. But not all of them were made available to the Naro and other art screens around the country. Films on the shortlist that were not available include such titles as Chasing Coral, Icarus, One of Us, and Strong Island. These are films produced or picked-up by HBO, Netflix, and other content providers that went directly to cable and streaming after receiving a limited Oscar qualifying run in a NYC and LA theater. Since these titles could not be booked by most theaters, I believe that such films are not true theatrical releases and should not be eligible for Oscar competition.

My film choices for the best docs of the year are listed below. These are all films that received their premiere at the Naro Cinema. I have grouped them into four categories and they are listed chronologically in the order that they were screened during the year. There is no order of preference – each stands on its own as an important film. Filmgoers who missed seeing these films on the big screen will have a second opportunity to view them when they show up next door on the shelves of Naro Video. These are films that have the potential to enlighten and educate our society.

DAVID LYNCH: THE ART LIFE The dark corners of the mind of the enigmatic filmmaker, artist, and musician are illuminated in his own words.

CITIZEN JANE: BATTLE FOR THE CITY Author and activist Jane Jacobs stopped developer Robert Moses from basically bulldozing much of New York City during the fifties and sixties in his quest for urban renewal.

THE B-SIDE Portrait photographer Elsa Dorfman found her medium and her subjects in the 1980s through the larger-than-life Polaroid Land 20×24 camera.

MR. GAGA The artistic director of the Batsheva Dance Company in Israel, is regarded as one of the most innovative choreographers in the world. See why.

DECONSTRUCTING THE BEATLES This lecture series by composer/producer Scott Freiman takes Beatles fans into the studio as they create four of their most seminal albums.

MICHELANGELO: LOVE AND DEATH This cinematic journey visits the artwork of Michelangelo in the chapels and museums of Florence, Rome and the Vatican.

THE PULITZER AT 100 This revered award for literary excellence in journalism and the arts has the power to change lives and communities. The diverse stories explored in the film relate to immigration, race, gender, and above all freedom of speech.

SCORE: A FILM MUSIC DOCUMENTARY Hollywood’s most prolific composers give viewers a glimpse inside the elite world of scoring a film.

CHASING TRANE: The John Coltrane Story The legendary jazz artist’s incredible story is told by the musicians that worked with him as well as by those younger musicians inspired by him.

OBIT The last surviving newspaper team of obituary writers resides at The New York Times. Their features cover the deaths of celebrities as well as those whose lives are deserving of a compelling life story.

TICKLING GIANTS Egyptian comedian Bassem Youssef is known as ‘The Egyptian Jon Stewart’. His criticism of the Egyptian establishment was deemed so dangerous that he was forced to flee to the U.S. under threat of imprisonment.

CALIFORNIA TYPEWRITER Analogue technology is being celebrated today by collectors and writers who recognize the spirit of the golden age of mechanical machines and the creative power of typewriters.

LONG STRANGE TRIP This intensive exploration of the Grateful Dead includes a deep dive into the band’s archives. The Naro premiered the four-hour feature before it streamed as a longer six-part series on Amazon. Oscar shortlist nominee.

WHAT THE HEALTH The food industry is making us sick and the medical system profits from keeping us that way. The film’s message is to switch to a plant-based diet and healthy lifestyle that will prevent and even reverse chronic disease.

ALL THE RAGE Author and philosopher Dr. John Sarno has battled chronic pain in America by focusing on the mind-body connection for healing back pain.

HARE KRISHNA! The Mantra, The Movement, and the Swami The story of how a 70-year-old Indian Swami arrived in New York City without any support or money in the turbulent 1960s and ignited the worldwide Hare Krishna movement.

WALK WITH ME Inside the meditative community of Plum Village, the renowned French monastery of Zen Buddhist master Thich Nhat Hanh.

THE LAST DALAI LAMA? As he now turns 82, the leader of Tibetan Buddhism ponders the questions of aging and death, and whether he will reincarnate as the next Dalai Lama – or be the last of the long Buddhist lineage that has existed for a millennia.

SEASONS The last 10,000 years of European natural history from the end of the last Ice Age to the flourishing of lush green forests, megafauna, and abundant animal life is beautifully recreated in a unique nature film that celebrates the joy of life on Earth.

ANTARCTICA: ICE AND SKY French glaciologist Claude Lorius discovered that the tiny air bubbles suspended in ice cores thousands of meters deep reveal the composition of the planet’s atmosphere over a span of the last million years.

THE AGE OF CONSEQUENCES The destabilizing impacts of climate change on increased resource scarcity and on forced migrations are creating international conflicts. Contrary to the administration’s climate change denial, the military recognizes the reality.

THE PENGUIN COUNTERS A 21st century Dr. Dolittle dreams of conserving for future generations the vast continent of Antarctica that is legally owned by no country or corporation.

LOOK & SEE: A PORTRAIT OF WENDELL BERRY The acclaimed author, agrarian philosopher, and family farmer has celebrated a life lived in close communion with his neighbors and the earth.

KEDI For millennia, Turkish cats have freely roamed the streets of Istanbul. Neither wild nor tame, the cats bring joy and purpose to those lucky humans they choose to adopt.

TAKE EVERY WAVE: The Life of Laird Hamilton  An in-depth portrait of the hard-charging super athlete and big wave surfer who is now in his fifties.

JANE Newly found footage is featured of Jane Goodall as a young woman during the sixties in the Tanzania jungle doing her groundbreaking research into the secret lives of chimps. At the age of 82, she speaks about her work and activism on behalf of the humble creatures of the world being persecuted by mankind. Oscar shortlist nominee.

ALL GOVERNMENTS LIE: Truth, Deception, and the Spirit of I.F. Stone Independent journalists like Amy Goodman, Glenn Greenwald, Jeremy Scahill, and Chris Hedges are exposing the corrupt practices of government and corporations just as the ground-breaking journalist I.F. Stone did decades ago.

SHADOW WORLD: Inside The Global Arms Trade The Trump regime will need to work hard to top the Obama administration’s record of weapon deals that were brokered with foreign countries and dictators in the mission to generate massive corporate profits.

THE FREEDOM TO MARRY The civil-rights campaign for same-sex marriage evolved from a preposterous notion to the national law in less than for four decades under the guidance of dedicated activists.

FINDING OSCAR Government paramilitary squads with backing from the U.S. in the eighties slaughtered Guatemala’s indigenous Mayan people. Decades later, they are finally being held accountable for their crimes.

LETTERS FROM BAGHDAD The Middle East was carved into the present-day national boundaries back in the early 1900s by British stateswoman Gertrude Bell, the ‘female Lawrence of Arabia’.

CITY OF GHOSTS The battle in Syria in the fight against the Islamic State is being waged not only on the ground, but also in the digital trenches of social media by refugees forced to flee their country for Europe.

SARAJEVO ROSES Local photojournalist and filmmaker Roger Richards experienced the collapse of civil society in Sarajevo, Bosnia from the beginning of the war in 1992 and documented the people for the last 24 years.

WHOSE STREETS? As the police and national guard descend on Ferguson, Missouri with military grade weaponry, the young community members become the torchbearers of a new resistance.

BIRTHRIGHT: A War Story A growing radical movement has now tightened its grip around state capitals in an aggressive campaign to take away control of reproductive health care from women, doctors, and health clinics – and put it in the hands of legislators and evangelicals.

HUMAN FLOW Chinese dissident artist Ai Weiwei takes an epic journey to document the plight of refugees fleeing from war and famine in 23 countries that only want to turn them back to where they came. Oscar shortlist nominee.

I AM NOT YOUR NEGRO Using only the words of author and activist James Baldwin who died in 1987, the film is a poetic journey into black history that connects the past of the Civil Rights movement to the present Black Lives movement.

FIRSTLOOK FILM FORUM – WINTER SEASON Join a discriminating group of cinephiles on 10 designated Sunday mornings to share brunch and conversation, and then to preview and discuss an advance screening of a critically praised independent or foreign film before it opens locally. Winter season starts Sunday, Jan 7. Get details on subscription memberships at www.narocinema.com