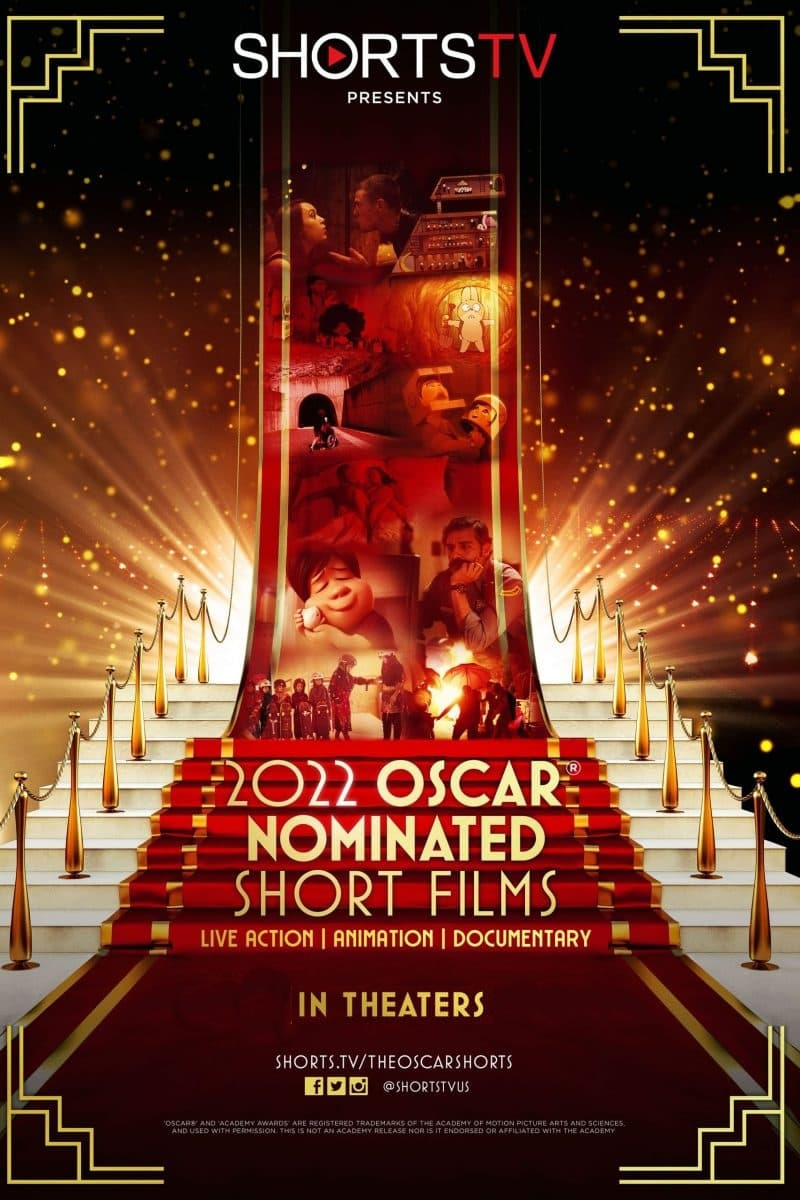 We are pleased to once again be presenting a compendium of this year’s Oscar-nominated short films.

Each nominee is released in one of three distinct feature-length compilations according to their category of nomination: Live Action, Animation or Documentary. (Click on category to see film list for each.)

The films will be presented during the weeks before the 2022 Academy Awards event. The theatrical release of the nominated short films each year is the world’s largest commercial release of short films on the planet, delighting audiences and giving filmmakers unprecedented opportunity to entertain short film fans.

In recent years, the Oscar® Nominated Short Films have been released in over 700 theaters across the US and Canada, garnering reviews in every major news outlet, from The Hollywood Reporter, Variety and Deadline to The New York Times and the Huffington Post. The films have also been released annually in a growing number of theaters around the world, including the UK, France, Germany, the Netherlands, Belgium, Spain, South Africa, Mexico, Chile, China and Australia among others, making it a truly international release.