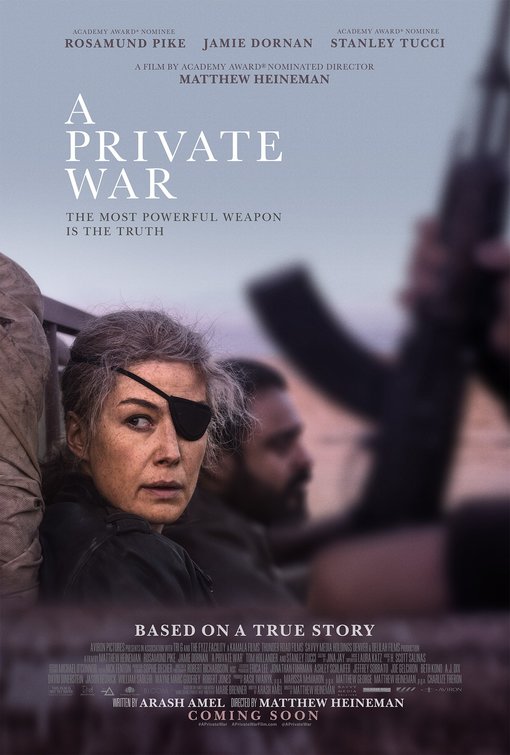 One of the most celebrated war correspondents of our time, Marie Colvin is an utterly fearless and rebellious spirit, driven to the frontline of conflicts across the globe to bear witness and to give voice to the voiceless. For his first dramatic film, documentary filmmaker Matthew Heineman (City of Ghosts) has cast Rosamund Pike as the courageous journalist. Also featuring Stanley Tucci. (R, 106 mins)

“Pike is magnificent in this part, giving us layers to the hard-drinking live-for-today chain-smoker who could be moved to tears, repeatedly, by the suffering she saw.” – Roger Moore, Movie Nation

“Finally, one of our finest actresses has been given material that calls on her to utterly transform herself — vocally, physically, seemingly existentially — and prove how gifted she’s been all along.” – Ann Hornaday, Washington Post