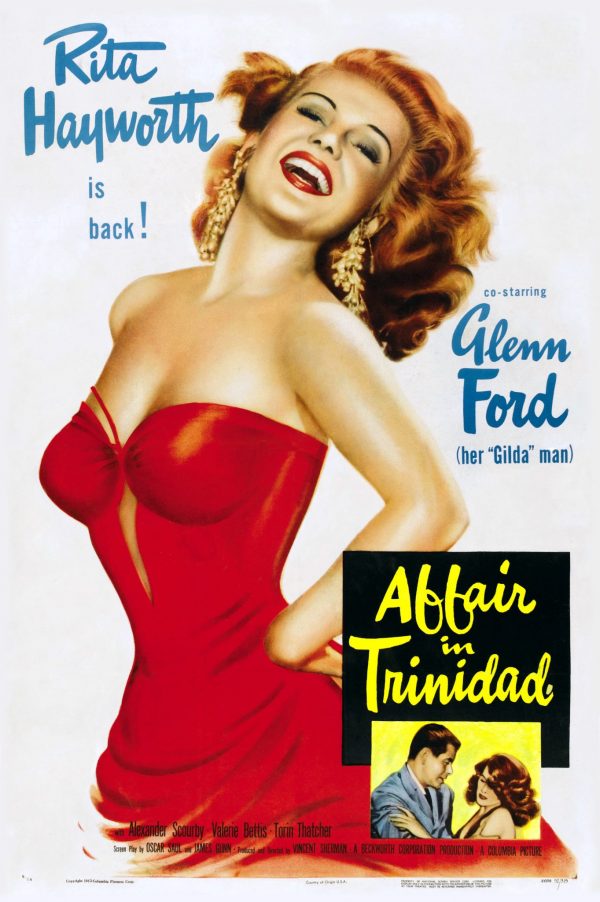 “Rita’s Back” was the headline in newspapers around the world in 1952 when Rita Hayworth, Hollywood’s anointed “love goddess,” returned to movies after a four-year absence, during which she was married to Prince Aly Khan, thus becoming a princess long before Grace Kelly. One of your most requested movies has been a repeat of Gilda, the love-hate scorcher, but we’ve gone one better here with Rita dancing barefoot to a number called “The Trinidad Lady,” plus another called “I’ve Been Kissed Before,” both choreographed by the great modern dancer Valerie Bettis. And, once more, her co-star is Glenn Ford. They hate each other so much that they’re in love —again. Surprisingly, this film actually outgrossed Gilda at the box office. Set against a backdrop of suspenseful foreign intrigue, its supporting cast includes Alexander Scourby and Juanita Moore (who later was Oscar-nominated for Imitation of Life). A rare find, this film has not been seen on a big screen in 50 years, thus making it a “new” film. Directed by Victor Sherman, it’s an affair to remember. (1952, 98 mins)