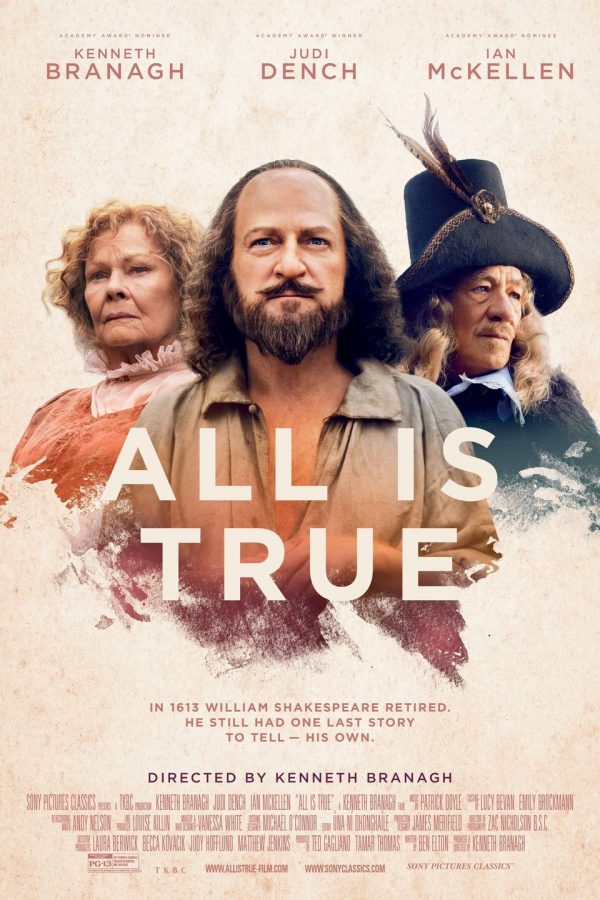 Click Here to visit official site.
All Is True

Kenneth Branagh directs and stars as William Shakespeare in this portrait of the last three years of his life. In 1613 Shakespeare is devastated when the beloved Globe Theatre burns to the ground. He returns to Stratford, where he must face a troubled past and a neglected family. Haunted by the death of his only son Hamnet, he struggles to mend the broken relationships with his wife (Judi Dench) and daughters. In so doing, he is forced to ruthlessly examine his own failings as husband and father. The movie’s title is taken from an alternative name for his play ‘Henry VIII’. (PG-13, 101 mins)

“But mostly what ‘All is True’ does is give viewers is a fresh look at Shakespeare, behind the guise, flaws and all. And if ever there was a man for that job, it’s Branagh.” – Adam Graham, Detroit News

“Branagh’s performance is a minor miracle, building a poignant portrait of a man whose painful and belated acquisition of self-knowledge finally saves him and enriches everybody around him. If Shakespeare wasn’t like this, he should have been.” – Sandra Hall, Sydney Morning Herald

“A tender, intelligent imagining of the playwright in retirement.” – Jonathan Romney, Screen International