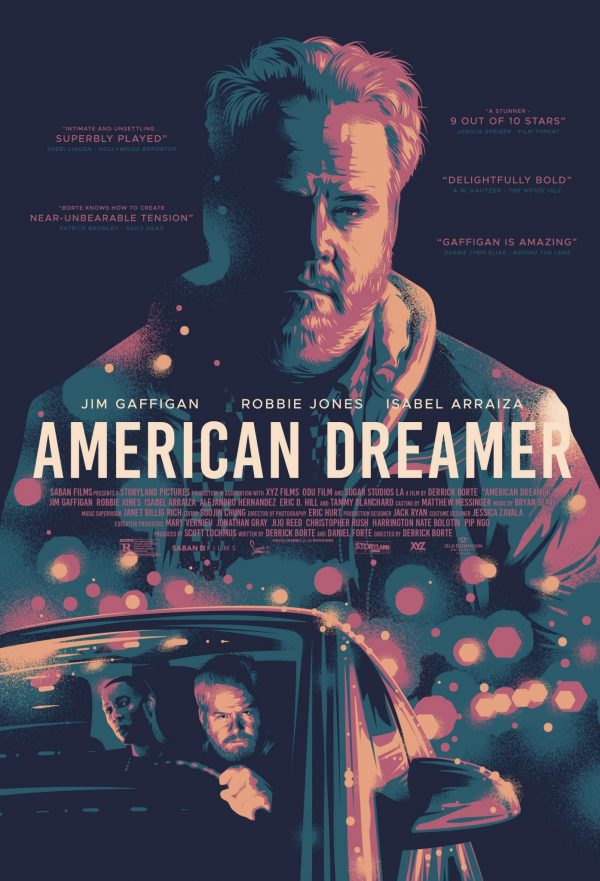 A down on his luck HAIL driver, a Uber-type service, makes extra cash chauffeuring a low level drug dealer around town. When he finds himself in a serious financial bind, his desperation leads him to kidnap the dealer’s child to hold for ransom. Comedian turned dramatic actor Jim Gaffigan stars in the title role. Local filmmaker Derrick Borte (London Town, The Joneses) shot this film noire on the gritty streets of Norfolk. (R, 92 mins)

“American Dreamer is a stunner. The acting, especially the interplay between Gaffigan and Jones, is beautifully nuanced and imbued with a verisimilitude seldom found in an indie film. The spare score by Bryan Senti is beautifully wrought and ratchets up the tension to a fever pitch. And director Borte’s impressive command of the narrative, with its multiple twists and turns, pins the viewer to their seat until the final claustrophobic conclusion. Smart indie films like this don’t come around too often. See it however/wherever you can – 9 out of 10 stars” – Joshua Speiser – Film Threat