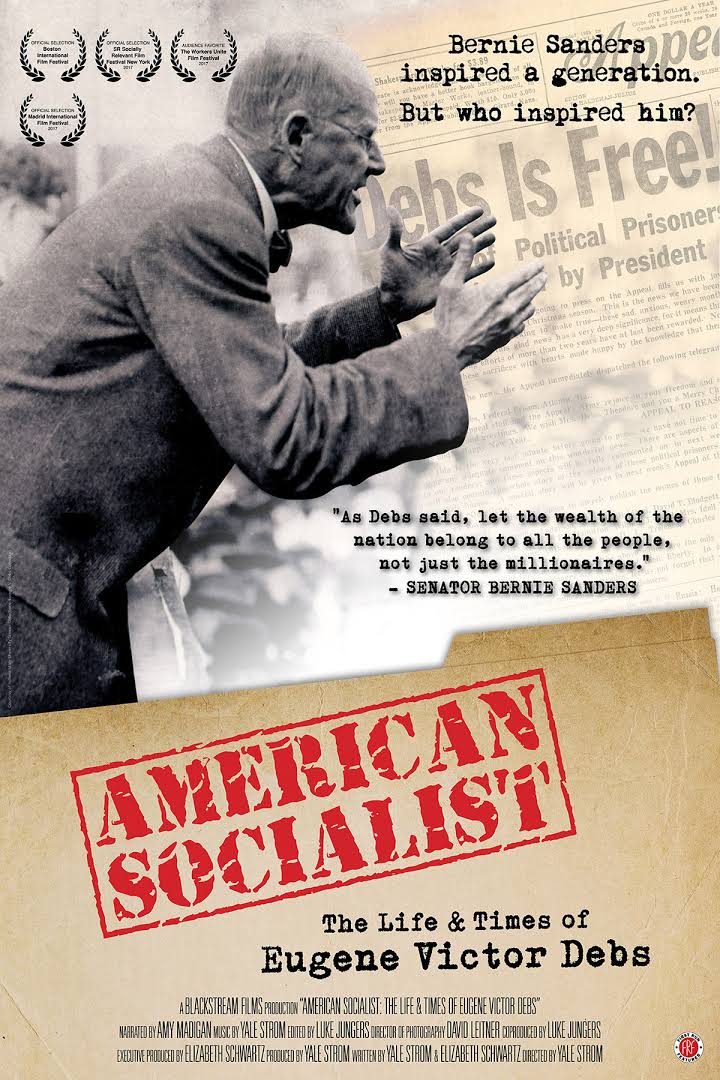 Bernie Sanders inspired a generation – but who inspired him? Most people in America don’t know that the contemporary political movement to address income inequality began over 100 years ago with Debs… the culmination of five years of research and production. Its inspiration was the use of the word “socialist” as a political epithet, and Strom wanted to define and contextualize the term. In doing so, his film traces the history of American populism with the man who inspired progressive ideas – from FDR’s New Deal to Bernie’s presidential campaign. Here is an objective but passionate history of the movement as founded and championed by Debs, a movement that continues to have an impact on our lives today. (97 mins)

Post-film discussion: Al Markowitz is a columnist for Veer and the publisher of the national quarterly of working class poetry ‘The Blue Collar Review’.

“… poignantly captures the courage and conviction of one man driven by an all-consuming moral mission to elevate the masses, speak truth to power and change the world. And almost 100 years after his death, the ideas he was imprisoned and ridiculed for (by the establishment class), are fueling the progressive movement of the 21st century proving that a vision laced with truth and hope never dies.” – Nina Turner, President, ‘Our Revolution’