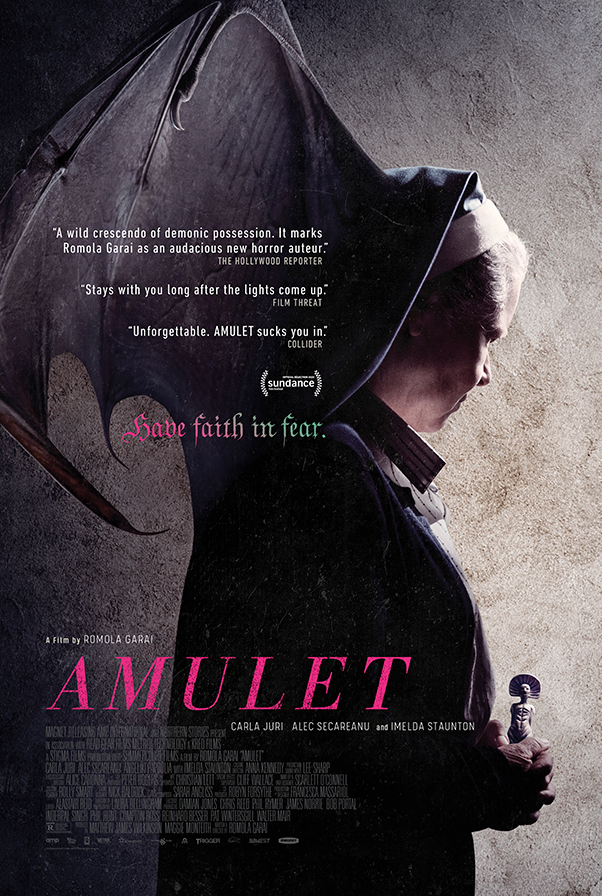 Following an accident that leaves him homeless in London, former soldier Tomaz is brought to the rotting home of Magda, a lonely woman in desperate need of help as she looks after her dying mother. Though at first resistant, Magda eventually welcomes him into their lives and allows him to help her care for them. But as he worms his way into their routine and begins to fall for Magda, Tomaz starts to notice strange, unexplainable, and ugly phenomena. Something seems very wrong with the mysterious old woman who never leaves the top floor, and Magda may in fact be enslaved to do her otherworldly bidding. (99 mins)

Bonus: Immediately following the film there will be a pre-recorded discussion between filmmaker Romola Garai and The Future of Film is Female’s Caryn Coleman.

$12.00 Click Here to view via Magnolia Pictures and your rental price will support the Naro!
(You will be emailed instructions from Magnolia Pictures to view the film. Watch via your Computer, Tablet, or Smartphone ∙ Cast via Chromecast or Airplay ∙ Or connect your computer or mobile device to your TV using an HDMI cord.)

“Mixing a brooding atmosphere and a sly feminist spin on the horror genre, ‘Amulet’ is a solid statement debut for actor-turned-filmmaker Romola Garai.” – Sean P. Means, The Movie Cricket

“I absolutely loved just how wickedly weird things get in ‘Amulet’ once the story gets fully amped up, and I think Garai shows a lot of promise here as a director who isn’t interested in just giving us the same ol’ horror-centric song and dance.” – Heather Wixson, Daily Dead