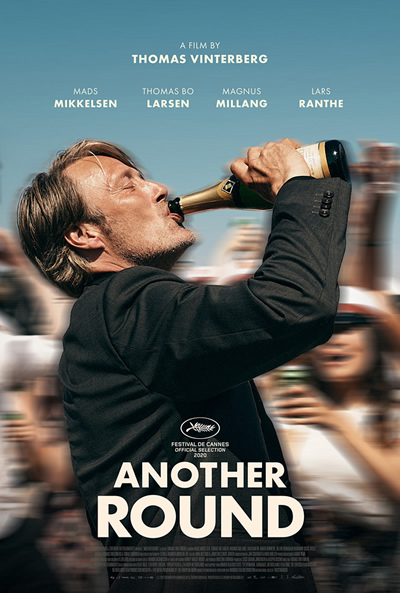 Written and directed by provocative Danish filmmaker Thomas Vinterberg (The Celebration, The Hunt), the film centers on four friends – all high school teachers – who test a theory that they will work and live better by maintaining a constant level of alcohol in their blood. Their initial results are positive with classes and results improving; however, as they continue the experiment the results become more extreme. Charismatic international actor Mads Mikkelsen leads the cast, alongside Thomas Bo Larsen, Lars Ranthe and Magnus Millang. In Danish with subtitles. (117 mins)

“One of the director’s most absorbing works.” – Anthony Lane, New Yorker