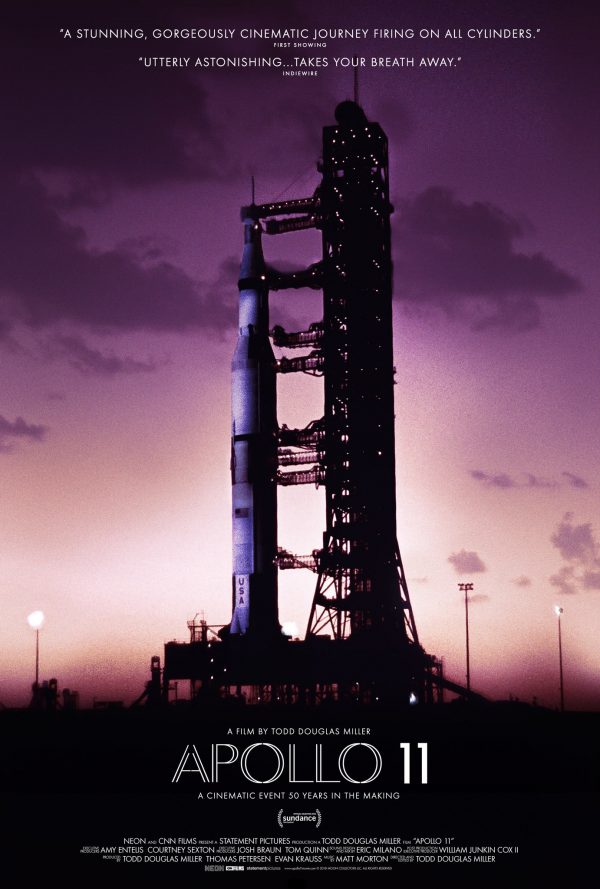 From director Todd Douglas Miller (Dinosaur 13) comes a cinematic event fifty years in the making. Crafted from a newly discovered trove of 70mm footage, and more than 11,000 hours of uncatalogued audio recordings, Apollo 11 takes us straight to the hear t of NASA’s most celebrated mission—the one that first put men on the moon, and forever made Neil Armstrong and Buzz Aldrin into household names. Immersed in the perspectives of the astronauts, the team in Mission Control, and the millions of spectators on the ground, we vividly experience those momentous days and hours in 1969 when humankind took a giant leap into the future. (93 mins)

“It’s a more visceral trip than any moviegoer — even the armchair experts — has ever taken before.” – Mark Jenkins, Washington Post

“This meticulously conceived documentary is both a definitive account of the voyage as well as a creative, cinematic you-are-there unfolding of the events that transpired.” – Anthony Kaufman, Screen International

“An invigorating and inspiring viewing experience. The mission was indeed a giant leap for mankind, and now we have a documentary worthy of its subject.” – G. Allen Johnson, San Francisco chronicle