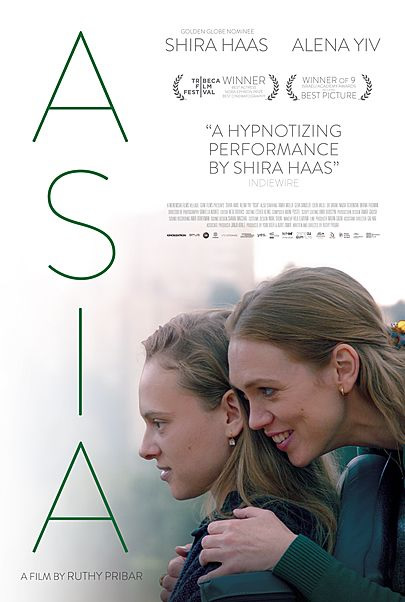 Israel’s Official Selection to the Academy Awards for Best International Feature Film. Asia (Alena Yiv) is the single mother of 17-year-old Vika (Shira Haas of Unorthodox and Shtsisel). Vika’s deteriorating health urges Asia to finally find her voice as a mother and to embrace and cherish their time together. Asia never chose to be a mother, yet she deeply loves her daughter. While Asia devotes herself to caring for Vika, she still cannot quite understand what she, as a mother, can offer her daughter. Asia’s failed attempts at helping Vika, eventually bring them closer together. Asia gets to know her daughter; her fears and her longings. She learns that what Vika needs most is her unconditional love. In Hebrew with subtitles. (85 mins)

“Pribar’s humane and heartbreaking drama is beautifully photographed and performed; a loving, warm, and even sexy film about death and dying that is teeming with life.” – Katie Walsh, Los Angeles Times