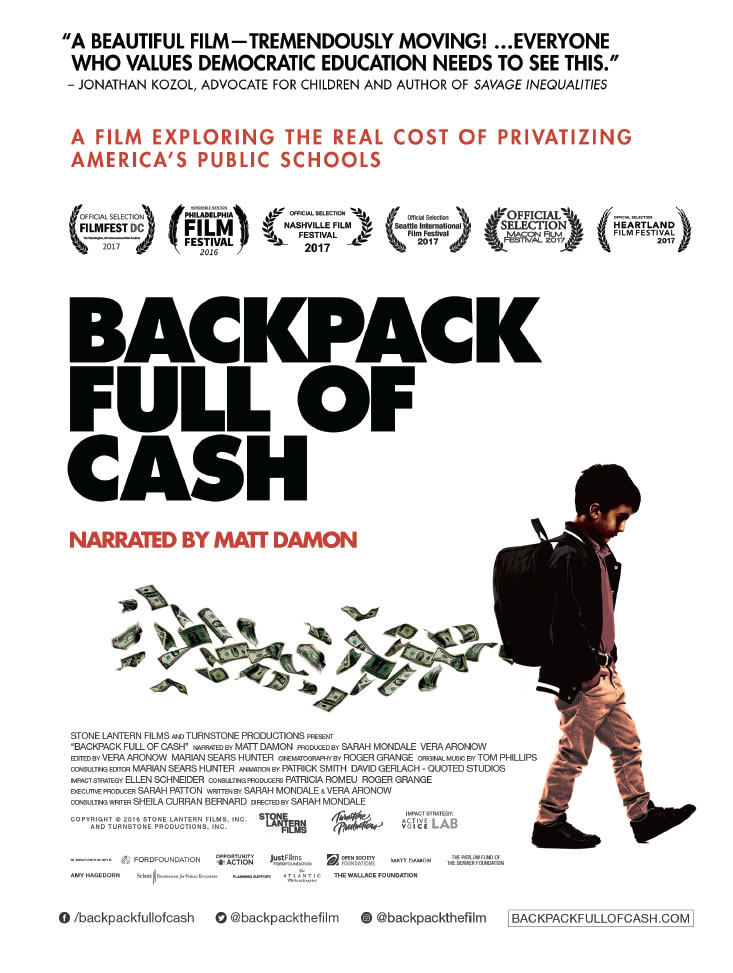 Before the 2016 U.S. presidential election and the appointment of Education Secretary Betsy DeVos, filmmakers Sarah Mondale and Vera Aronow couldn’t have known that the national education debate would dramatically shift to the very issues at the heart of their film: charter schools, vouchers, and privatization. Their new documentary takes viewers into the world of market-based education ‘reform’ to explore the growing conservative movement to privatize public schools and dismantle teacher unions. Narrated by Matt Damon. (93 mins)

Post-film discussion: William Owings is Professor of Education Leadership at ODU and has research and written about privatization and its implications for public education.