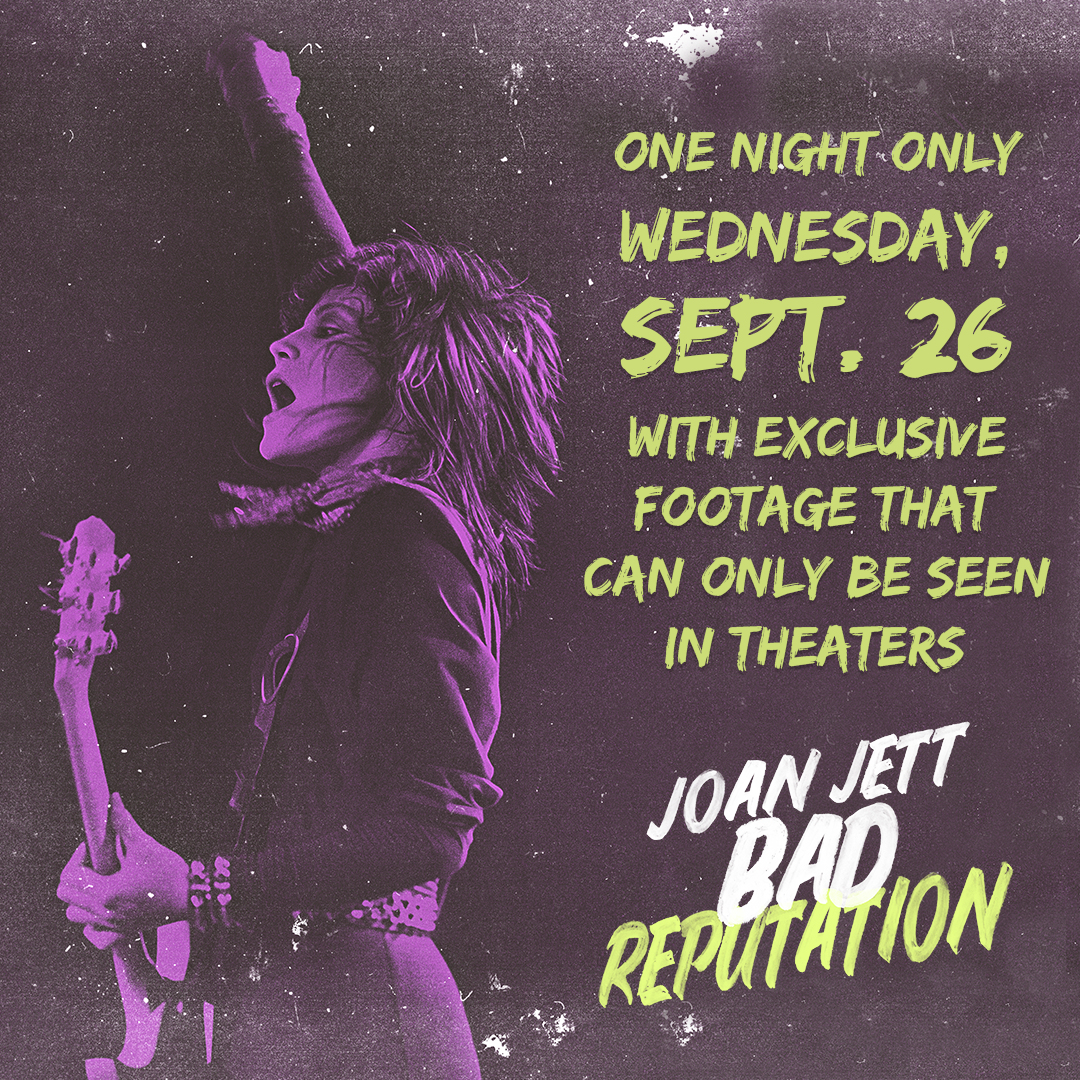 Joan Jett is so much more than “I Love Rock ’n’ Roll.” It’s true, she became mega-famous from the number-one hit, and that fame intensified with the music video’s endless play on MTV. But that staple of popularity can’t properly define a musician. Jett put her hard work in long before the fame, ripping it up onstage as the backbone of the hard-rock legends The Runaways, influencing many musicians—both her cohort of punk rockers and generations of younger bands—with her no-bullshit style. (95 mins)

Bonus: after the credits footage includes an intro by Kenny Laguna, and performances of ‘Fresh Start’, ‘Cherry Bomb’, and ‘Bad Reputation’ by Joan and the band. Bonus footage is about 10 minutes, bringing the total runtime to 104 minutes.