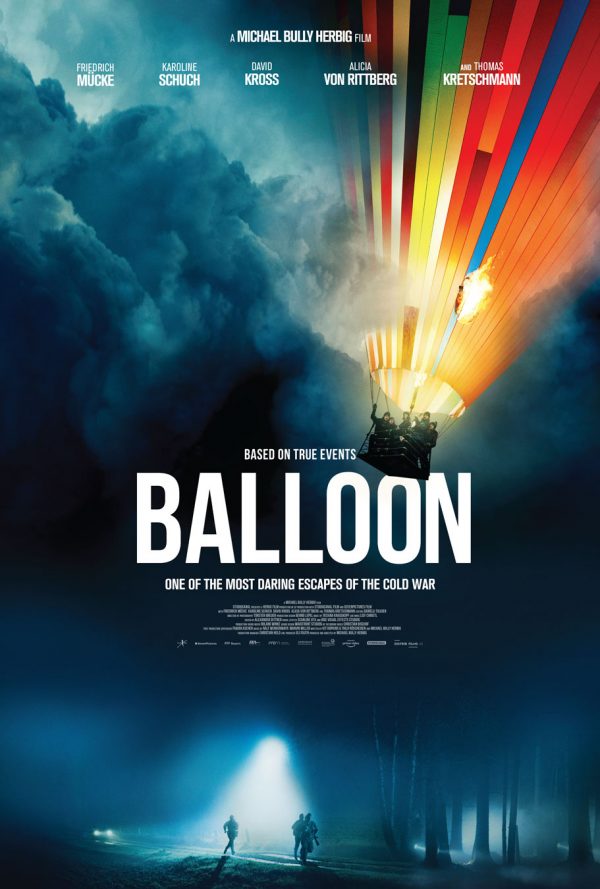 In the summer of 1979, the Strelzyk and Wetzel families — who had been working on their audacious plan for more than two years — try to flee East Germany in a self-made hot-air balloon. But after the balloon crash-lands just before the West German border, the Stasi find traces of the attempted escape and immediately launch an investigation. In a nerve-wracking race against the clock, the two families attempt to build a new escape balloon as the Stasi get closer and closer each day… In German with subtitles. (125 mins)

Click Here to view via Distrib Films and your rental price will support the Naro!
(You will be emailed instructions from Distrib Films to view the film. Watch via your Computer, Tablet, Smartphone, or Chromecast.)

“Filmmaker Herbig and his team prove to be especially adept at contriving situations where anything anyone does causes fear, anxiety, stress and worry, leaving everyone, very much including the audience, existing on the knife’s edge of unremitting tension.” – Kenneth Turan, Los Angeles Times

“Based on [a] true story … the film offers a gripping narrative of derring-do and innovation, as well as [a] … portrait of the moral rot at the heart of all authoritarian regimes.” – Christopher Llewellyn Reed, Film Festival Today

“Captures the paranoia and excitement of its time.” – Pat Padua, The DC Line