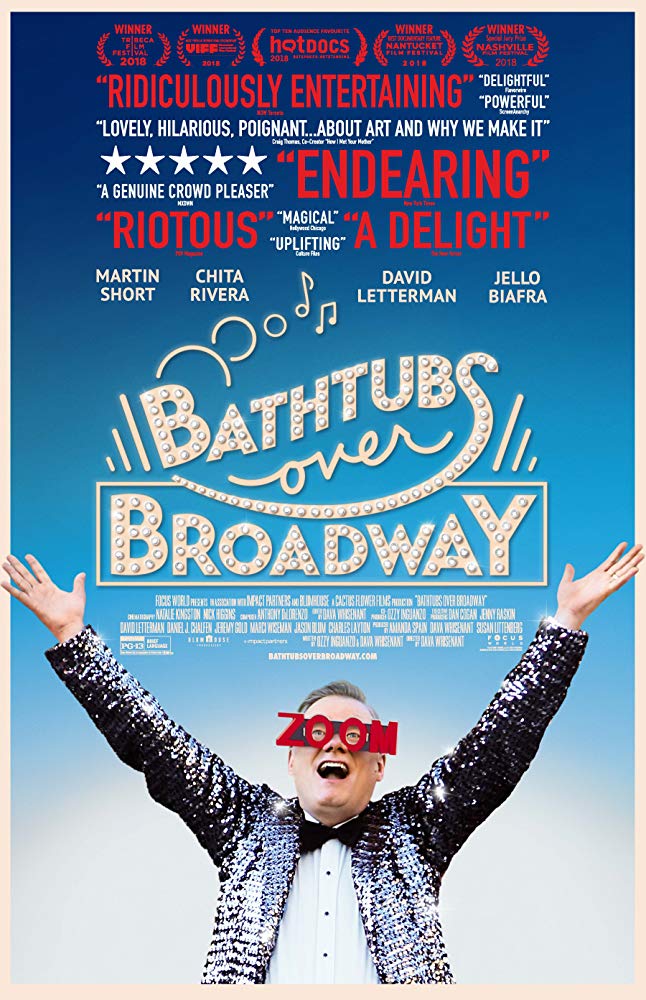 While gathering material for a segment of the ‘David Letterman Late Show’, Steve Young stumbled onto a few vintage record albums that would change his life forever. Bizarre cast recordings—marked “internal use only”—revealed Broadway-style musical shows produced by and about such corporations such as: General Electric, McDonald’s, Ford, DuPont, Xerox. In his pursuit of the genre, Steve discovers a forgotten, creative world of talented performers and songwriters who staged big musicals for trade shows during the heyday of the Mad Men era. (87 mins)

“There is a guileless quality to the enterprise as Young interviews stars such as Chita Rivera, Florence Henderson and Martin Short who worked in industrials, as well as the lesser known performers and songwriters who became his heroes.” – Kevin Crust, Los Angeles Times

“The overarching and underlying question that the film poses is nothing less than: What is art? And, for that matter, is the conventional definition of good art too narrow to account for the merits of such works as these?” – Richard Brody, The New Yorker

“You’re definitely going to laugh and laugh out loud. Young has several hilarious moments with his subjects, and the absurdity of these musicals and songs create an endless stream of silly giggles.” – Alan Ng, Film Threat