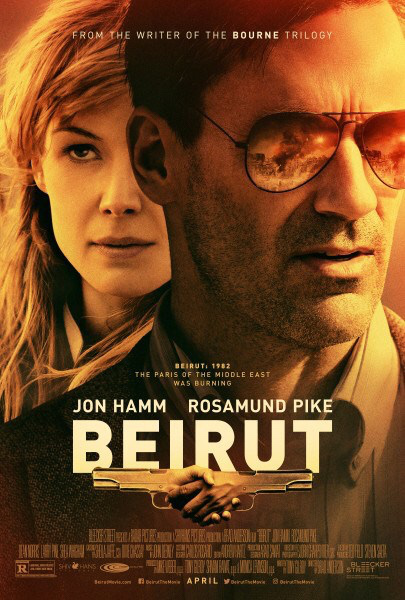 Jon Hamm finally gets the script that allows his acting talents to shine in this espionage thriller written by Tony Gilroy. In 1982 in Beirut, shortly before the Israeli invasion, Mason Skiles (Jon Hamm) is a former U.S. diplomat who is called back into service to save a colleague from the group that is possibly responsible for his own family’s death. Meanwhile, a CIA field agent (Rosamund Pike) who is working under cover at the American embassy is tasked with keeping Mason alive and ensuring that the mission is a success. From director Brad Anderson. (R, 109 mins)

“In the tightly-plotted espionage thriller Beirut (which had its world premiere at the Sundance Film Festival), Jon Hamm has finally gotten a movie script that lets him strut his stuff.” – David Edelstein, New York Magazine

“The performances are strong and the story is absorbing; a smart diversion for adult attention spans.” – Leah Greenblatt, Entertainment Weekly