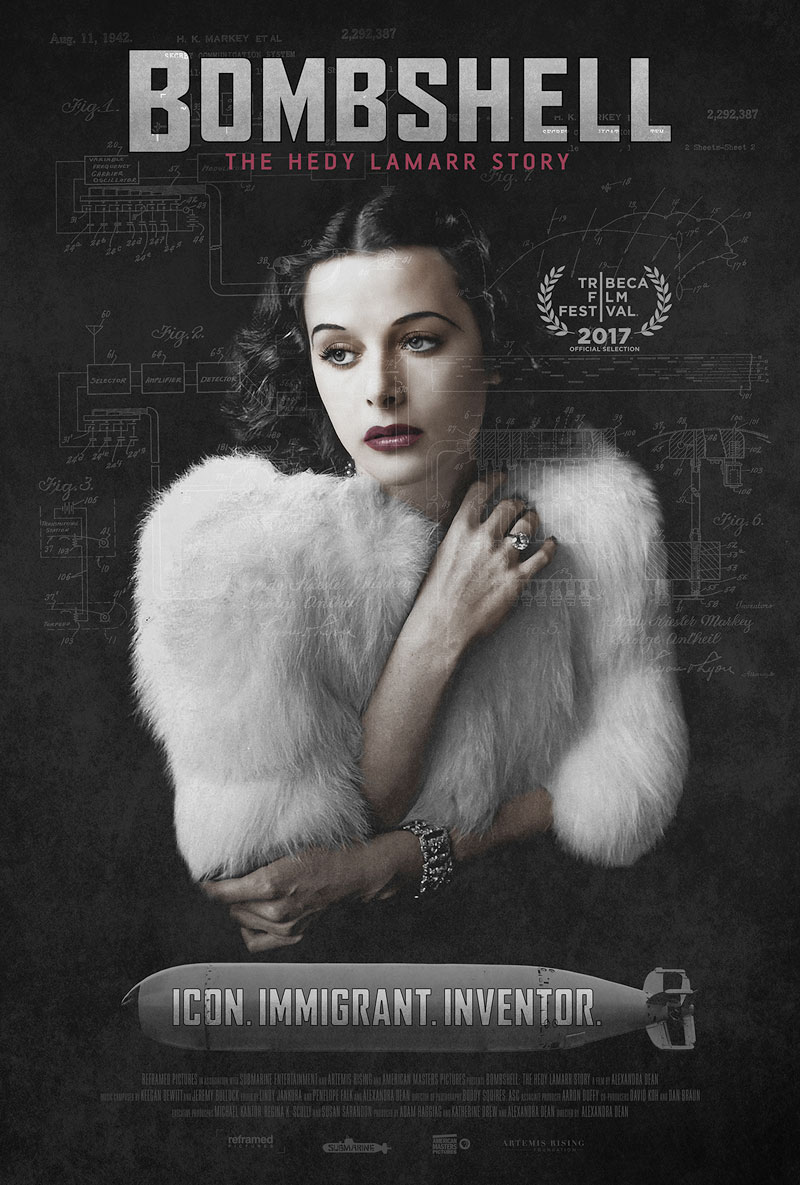 The international glamour icon of the 1930s and 40s, starlet Hedy Lamarr has remained mostly unknown as an inventor who perfected the technology to protect Allied ships in WWII by forcing oncoming Nazi torpedoes to go off course. Her early research provided the basis for the development of modern communication like bluetooth and cell phones. From her beginnings as an Austrian Jewish emigre to her scandalous nude scene in the 1933 film Ecstasy to her glittering Hollywood life to her latter years when she became a recluse, impoverished and almost forgotten. Written and directed by Alexandra Dean. (90 mins)

“Recognition (and compensation) proved elusive in Lamarr’s lifetime, but in this marvelous documentary, a brilliant woman — “I’m a very simple, complicated person” — finally gets her due.” – Chuck Wilson, Village Voice