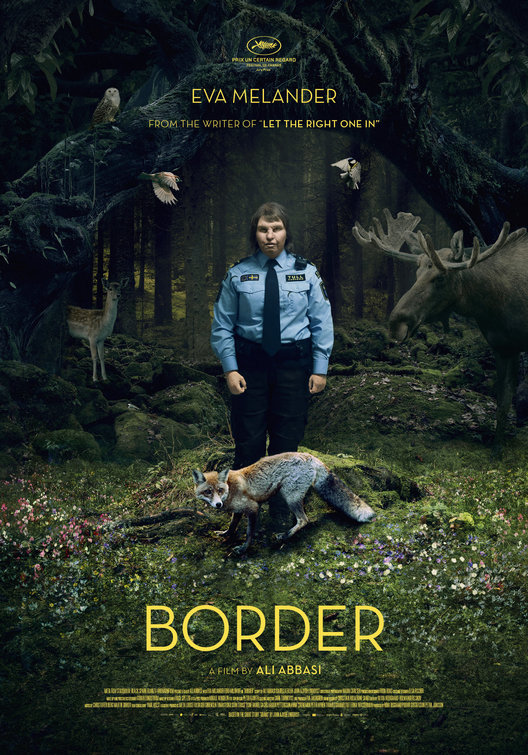 Academy Award Nominee for Best Achievement in Makeup and Hairstyling.

From Swedish director Ali Abbasi comes this adaptation of the short story by John Ajvide Lindqvist, the author of Let The Right One In. Customs officer Tina is known for her extraordinary sense of smell. It’s almost as if she can sniff out the guilt on anyone hiding something. But when Vore, a suspicious-looking man, walks past her, her abilities are challenged for the first time ever. Tina can sense Vore is hiding something she can’t identify. Even worse, she feels a strange attraction to him. As Tina develops a special bond with Vore and discovers his true identity, she also realizes the truth about herself. In Swedish with subtitles. (110 mins)

“Selected by Sweden as its entry for the foreign language Oscar, the refreshingly offbeat, sturdily handled Border is not just unlikely to resemble any of its subtitled competition but also anything else you’ll see this year.” – Robert Abele, Los angels Times

“This is a movie that aims to startle in overt and subtextual ways; the less known before viewing, the better.” – Glenn Kenny, The New York Times