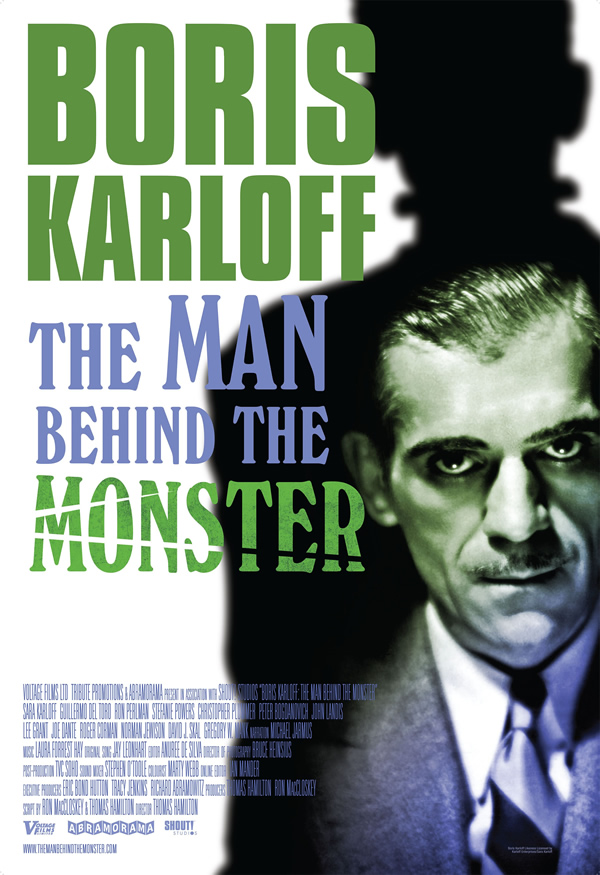 Boris Karloff: The Man Behind the Monster

Beginning just before his debut as the monster of Frankenstein’s creation, this new documentary explores the life and legacy of a cinema legend, presenting a perceptive history of the genre he personified. His films were long derided as hokum and attacked by censors, but his phenomenal popularity and pervasive influence endures, inspiring some of our greatest filmmakers into the 21st Century – among them Guillermo Del Toro, Ron Perlman, Roger Corman and John Landis, all of whom contribute their personal insights and anecdotes. Be part of the 90th anniversary celebration of the release of Universal’s Frankenstein and Bride of Frankenstein. (99 mins)

“This movie honors both requirements of any documentary you can call memorable. It educates and entertains at the same time.” – Rex Reed, Observer

“An adoring appreciation of a screen icon, one of the founding figures in the birth of The Horror Movie, a cultured man who made his good name scaring generations half to death.” – Roger Moore, Movie Nation