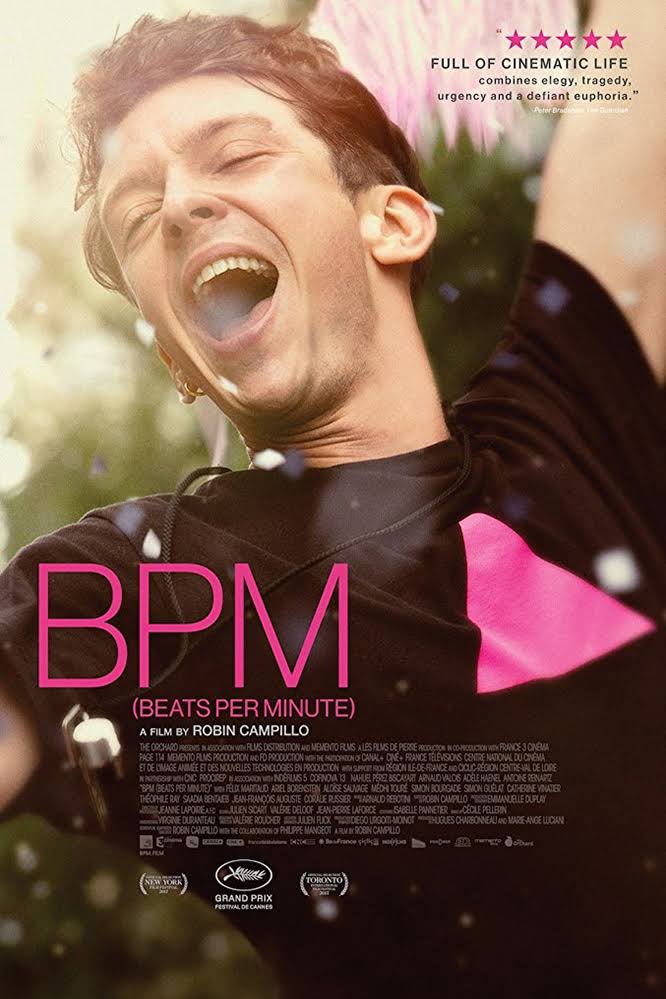 BPM (Beats Per Minute) In Paris in the early 1990s, a group of activists goes to battle for those stricken with HIV/AIDS, taking on sluggish government agencies and major pharmaceutical companies in bold, invasive actions. The organization is ACT UP, and its members, many of them gay and HIV-positive, embrace their mission with a literal life-or-death urgency. Amid rallies, protests, fierce debates and ecstatic dance parties, the newcomer Nathan falls in love with Sean, the group’s radical firebrand, and their passion sparks against the shadow of mortality as the activists fight for a breakthrough. In French with subtitles. (135 mins)

“In spite of its historical specificity, BPM never feels like a bulletin from the past. Its immediacy comes in part from the brisk naturalism of the performances and the nimbleness and fluidity of the editing. The characters are so vivid, so real, so familiar that it’s impossible to think of their struggles — and in some cases their deaths — as unfolding in anything but the present tense.” – A.O. Scott, The New York Times

“BPM is vital for the history it depicts, but it’s also important in the here and now, as a testament to public action — even messy, not-always-effective public action.” – David Edelstein, New York Magazine