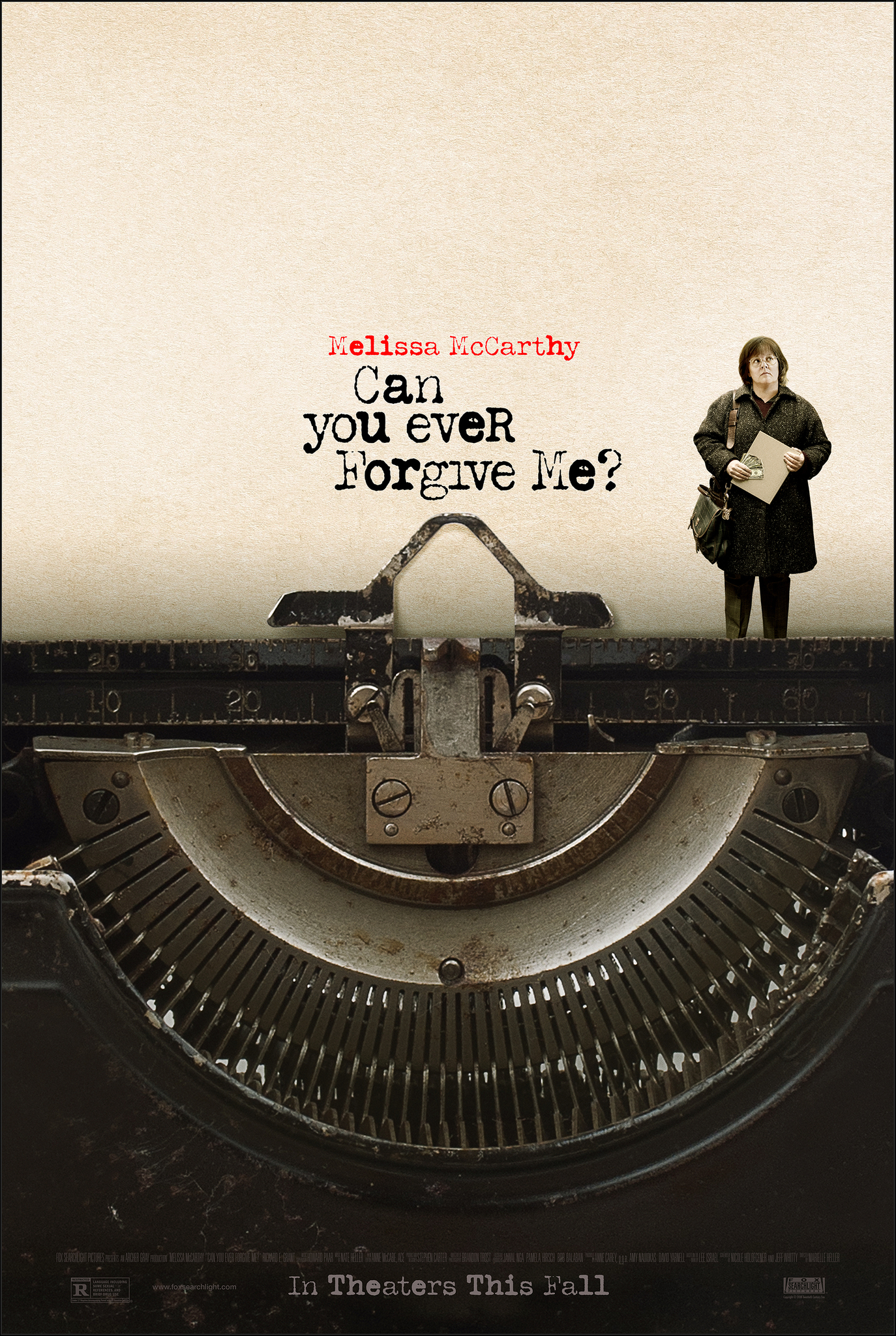 Click Here to visit official site.
Can You Ever Forgive Me?

Comedian turned dramatic performer, Melissa McCarthy in an Oscar nominated role for Best Actress, stars as Lee Israel, the best-selling celebrity biographer and cat lover who made her living during the 1970’s and 80’s profiling the likes of Katharine Hepburn, Tallulah Bankhead, Estée Lauder and journalist Dorothy Kilgallen. When Lee found herself unable to get published because she had fallen out of step with the marketplace, she turned her art form to deception, abetted by her loyal friend Jack, played by the brilliant Richard E. Grant, also nominated for an Oscar for Best Supporting Actor. (R, 107 mins)

“Can You Ever Forgive Me?, directed by Marielle Heller (The Diary of a Teenage Girl), is catnip for the bookish.” – A.O. Scott, The New York Times