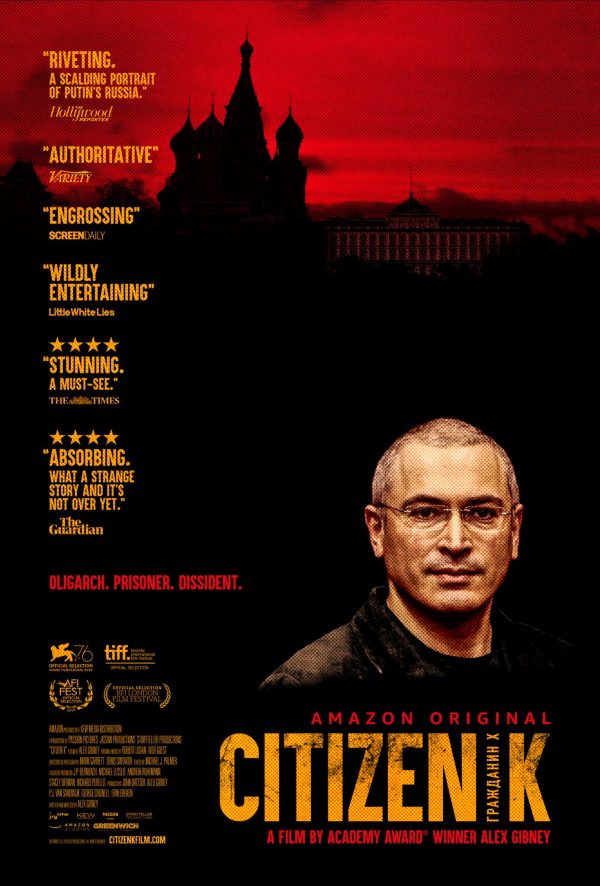 Oscar-winning writer/director Alex Gibney’s (Taxi to the Darkside, Enron: The Smartest Guys in the Room, We Steal Secrets: The Story of WikiLeaks) revelatory documentary is an intimate yet sweeping look at post-Soviet Russia from the perspective of the enigmatic Mikhail Khodorkovsky, a former oligarch turned political dissident. Benefitting from the chaos that ensued after the dissolution of the U.S.S.R., Khodorkovsky amassed a fortune to become the richest man in Russia. But when he accused the new Putin regime of corruption, Khodorkovsky was arrested, his assets were seized and he was sentenced to more than ten-years in prison. Today, as an exile living in London, he continues to speak out against Putin’s two-decade stranglehold on power. (126 mins)

With Introduction & Post-Film Discussion led by Lawrence Wilkerson, a retired US Army Colonel and the former chief of staff to Secretary of State Colin Powell. Wilkerson is the Distinguished Visiting Professor of Government and Public Policy at the College of William and Mary. His unique experience and keen progressive voice keeps Lawrence in big demand by the media. He is a frequent contributor on MSNBC, HBO’s Real Time with Bill Maher, along with numerous political documentaries that have shown at the Naro.

“This is where Gibney excels as a docmaker, gilding a history lesson and social-issue deep dive with investigative chops and weaving it all into a compelling story.” – David Fear, Rolling Stone

“The film arose out of Gibney’s curiosity about Putin’s Russia, in light of the country’s relationship to the U.S. and the Russian president’s connections to the current occupant of the White House.” – Michael O’Sullivan, Washington Post