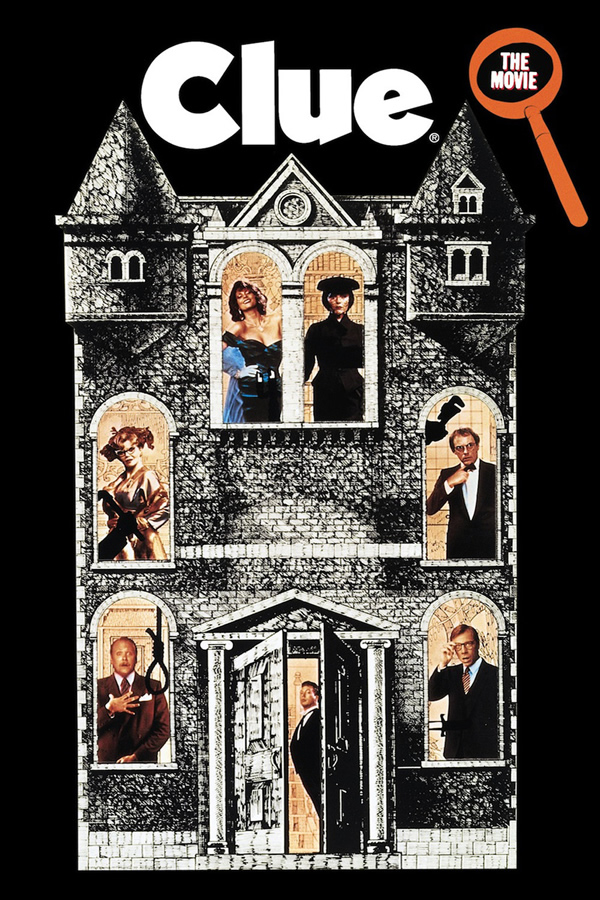 Based on the ubiquitous board game, this wildly popular comedy begins at a dinner party hosted by Mr. Boddy (Lee Ving), where he admits to blackmailing his visitors. These guests, who have been given aliases, are Mrs. Peacock (Eileen Brennan), Miss Scarlet (Lesley Ann Warren), Mr. Green (Michael McKean), professor Plum (Christopher Lloyd), Mrs. White (Madeline Kahn) and Col. Mustard (Martin Mull). And Tim Curry (Rocky Horror) excels as Wadsworth the butler. When Boddy turns up murdered, all are suspects, and together they try to figure out who is the killer. (1985, PG, 96 mins)