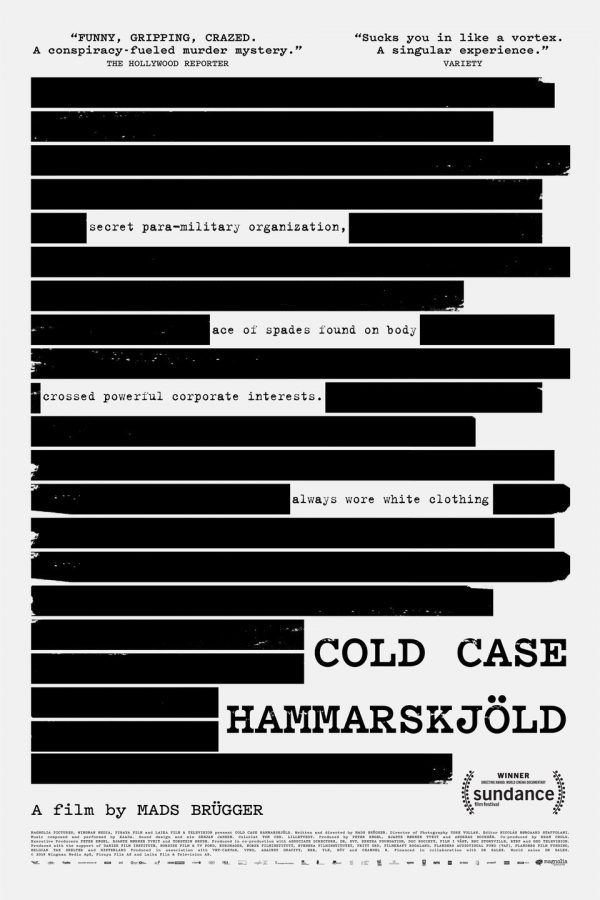 In 1961, UN secretary-general Dag Hammarskjöld’s plane mysteriously crashed in Central Africa, killing him and most of the crew. With the case still unsolved 50-plus years later, Danish journalist, filmmaker, and provocateur Mads Brügger leads us down an investigative rabbit hole from Zambia and South Africa to the U.K., the U.S., Russia, Spain, and beyond to unearth the truth. Brügger begins to sniff out something more monumental than anything they’d initially imagined. Brügger sweeps you into a world of intrigue and uncovers a critical secret that could send shockwaves around the world. This incredible true story rivals any Hollywood thriller. (123 mins)

“Cold Case Hammarskjöld” is a singular experience that counts as one of the most honestly disturbing and provocative nonfiction films in years.” – Owen Gleiberman, Variety