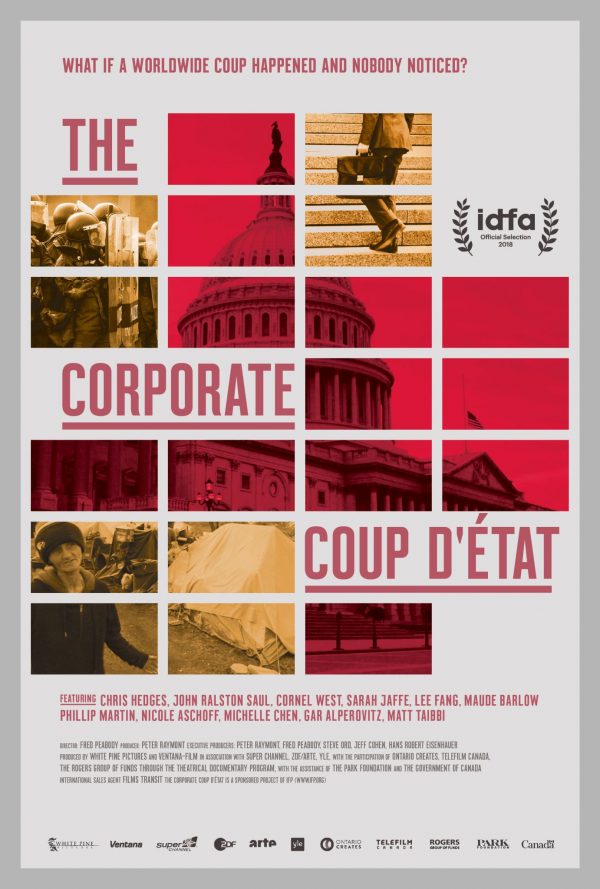 A democracy should protect its citizens, especially the most vulnerable among them, but increasingly the United States is failing to do so. American workers in the Rust Belt, where the steel industry once flourished, have experienced closures and outsourcing brought on by Washington’s neoliberal policies. It’s here that Donald Trump finds some of his most fervent supporters. Journalist Chris Hedges, author Cornell West, and Canadian philosopher John Ralston Saul propose that the crisis predates Donald Trump’s election by many years. They regard Trump as the symptom rather than the disease. Decades ago, lobbyists and corporatism took control in Washington, gradually undermining the will of the people. Journalist and author Naomi Klein (Everything Must Change) recently described Trump’s administration as a “corporate coup d’état”. This provocative new documentary argues that the real coup took place long before. (90 mins)

Post film discussion:
Al Markowitz is a columnist for Veer Magazine. He is the publisher of the national poetry quarterly Blue Collar Review.
Tina Rockett is the Green Party of Virginia Co-Chair and National Delegate to the Green Party of U.S.