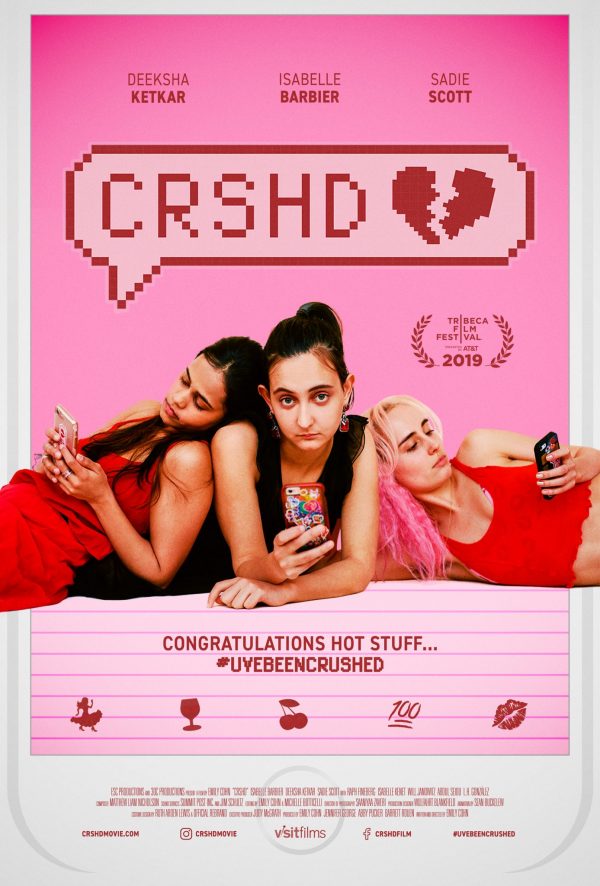 This inventive, female-driven sex comedy follows college freshman Izzy Alden (Isabelle Barbier) and her two best friends, Anuka (Deeksha Ketkar) and Fiona (Sadie Scott), as they embark on a journey to get Izzy to a “crush party” so she can lose her virginity before the end of the semester. The acclaimed feature film debut of writer/director Emily Cohn, CRSHD tells a hilarious, unique story about navigating the messy ups and downs of life and love in the age of social media. Featuring memorable characters and touching moments, CRSHD is an ode to millennial romance that mixes silliness and sincerity with universal themes of yearning and friendship. (81 mins)

Click Here to view via Distrib Films and your rental price will support the Naro!
(You will be emailed instructions from Distrib Films to view the film. Watch via your Computer, Tablet, Smartphone, or Chromecast.)

“‘CRSHD’ is the shallow-but-fun, sex-misadventure comedy we’ve all been waiting for, this time (FINALLY!) made by young women and starring young women!” – Debbie Holloway, Narrative Muse