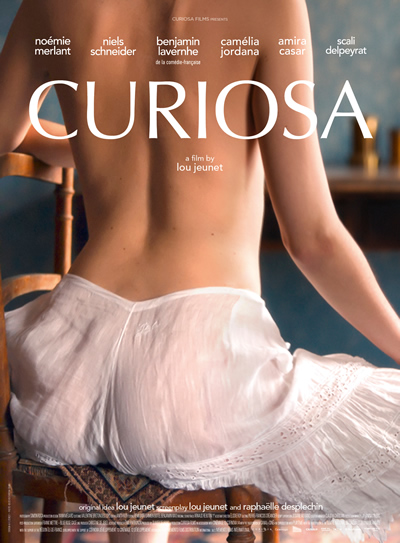 Film director Lou Jenet has set her sensual drama during the gay nineties of urbane Paris in 1895. Pierre Louÿs is a Parisian dandy and poet on the verge of fame. Pierre and his friend Henri De Régnier are both madly in love with Marie de Heredia (Noemie Merlant of Portrait of a Lady on Fire), the cheeky daughter of their mentor. Despite her feelings for Pierre, Marie eventually marries Henri who has a better situation. Badly hurt, Pierre leaves for Algeria where he meets Zohra, a bewitching local girl with whom he shares a tumultuous relationship and a passion for erotic photography. One year later, Pierre returns to Paris with Zohra and begins a relationship anew with Marie. In French with subtitles. (107 mins)

“Between eroticism and seduction, Lou Jeunet describes with pleasure the emergence of a woman who discovers the joys of emancipation in all its forms.” – – Avoir Alire