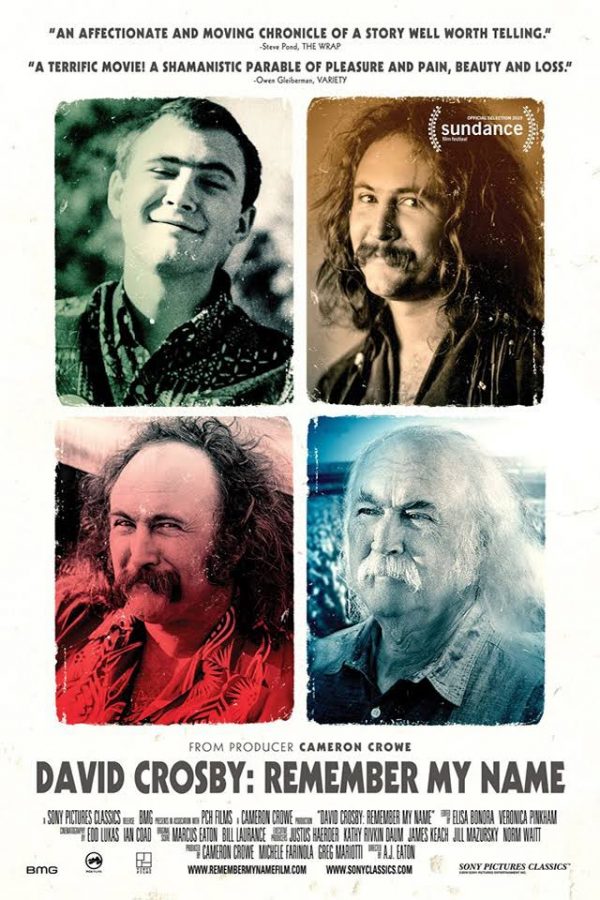 You thought you knew him – more than 50 years in the public eye as a founder of Crosby, Stills, Nash, and Young. Meet the David Crosby you didn’t know in this portrait of a man with everything but an easy retirement on his mind – he’s had four new solo albums in the last five years. With unflinching honesty, self-examination, regret, fear, exuberance and an unshakable belief in family and the transformative nature of music, Crosby shares his often challenging journey. The title is a word play on his 1971 solo album, “If I Could Only Remember My Name.” (95 mins)

“Crosby presents a reflective, irascible, observant and irresistibly candid figure in a documentary that ostensibly chronicles one of his many comeback tours but becomes something far more introspective.” – Ann Hornaday, Washington Post

“What makes David Crosby: Remember My Name one of the best rock documentaries of all time is the no-bull immediacy of the filmmaking.” – Peter Travers, Rolling Stone