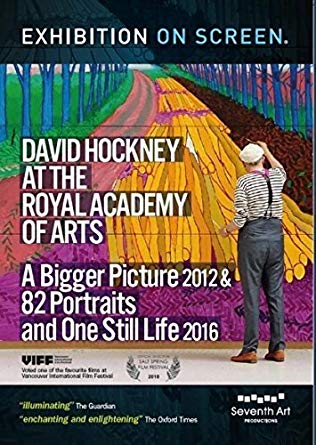 David Hockney at the Royal Academy of Arts

Widely considered Britain’s most popular artist, David Hockney is a global sensation with exhibitions in London, New York, Paris and beyond. Now entering his 9th decade and spending most of his later life in Los Angeles, Hockney shows absolutely no evidence of slowing down. This revealing film focuses on two blockbuster exhibitions held at the Royal Academy of Art in London – ‘A Bigger Picture’ and ’82 Portraits and One Still-Life’ curated in 2016. Produced and directed by Phil Grabsky in the ongoing series ‘Exhibition On Screen’. (85 mins)​

​“​This illuminating documentary portrait details the undimmed curiosity and enthusiasm of the grand old man of British painting​”– ​Andrew Pulver, The Guardian