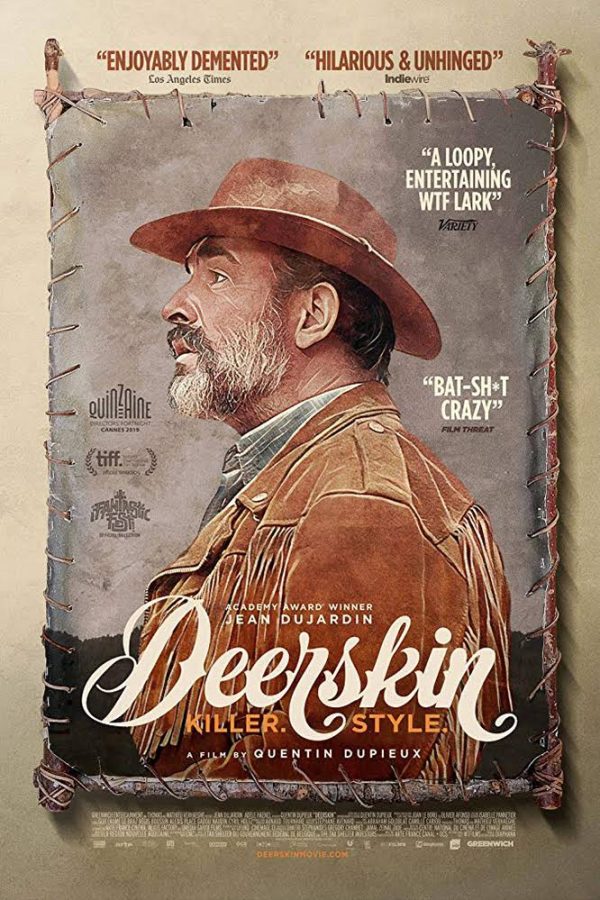 In this black comedy of middle-aged masculinity gone awry, Academy Award winner Jean Dujardin (The Artist) is a recent divorcee who becomes obsessed with a vintage fringed deerskin jacket that begins to exert an uncanny hold on him. Set in a sleepy French alpine village, he falls into the guise of an independent filmmaker and befriends a trusting bartender and aspiring editor (Adèle Haenel, Portrait of a Lady on Fire) who becomes his collaborator on a movie that will document a surprising new goal he sets himself. Directed by Quentin Dupieux (Rubber, Wrong, Reality). In French with subtitles. (80 mins)

“Dujardin is the sort of leading man who likes to mix it up, and in ‘Deerskin’ he gives an adventurous downbeat performance that tosses vanity – and sanity – right out the window.” – Owen Gleiberman, Variety

“Enjoyably demented. Dupieux has made, among other things, a deceptively light comedy about the compulsive pleasures of image making and the horrors that said compulsion can yield.” – Justin Chang, Los Angeles Times