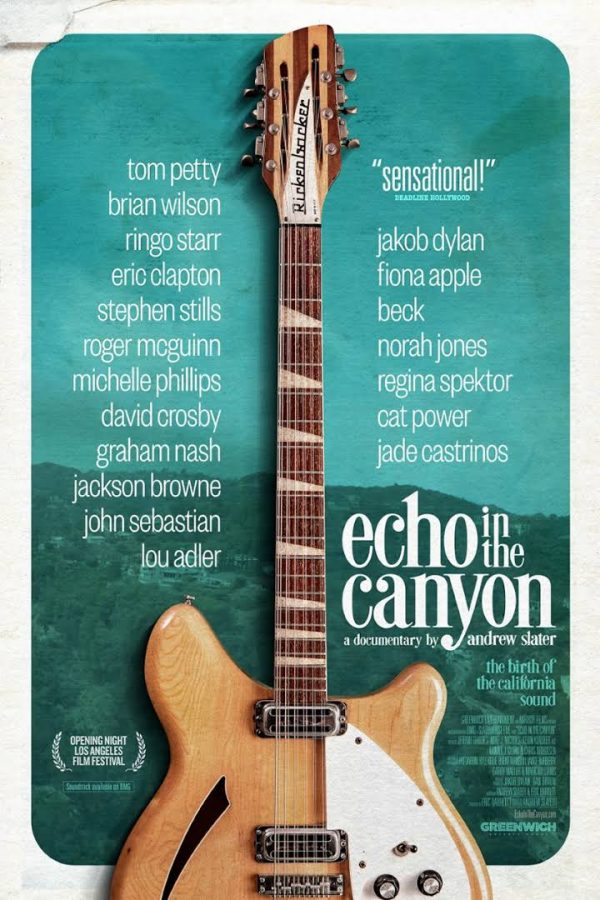 Click Here to visit official site.
Echo In The Canyon

An explosion of new music came out of L.A.’s Laurel Canyon beginning in the mid-60s as folk went electric. Rock musicians gravitated to L.A. music studios to emulate the The Beatles and the British invasion. This new doc hosted by Jakob Dylan includes stories and performances from The Byrds, The Beach Boys, Buffalo Springfield, The Mamas and the Papas, Crosby, Stills, and Nash, and Jackson Browne, along with Brits who moved to the canyon such as Eric Clapton and Ringo Starr. Younger contemporary musicians who were influenced by the songwriting of the era include Tom Petty (in his very last film interview), Beck, Fiona Apple, Cat Power, Regina Spektor and Norah Jones. (82 mins)

“The delight of Echo in the Canyon is in the delicious details its subjects impart.” – Helen Verongos, The New York Times

“Rich with revealing observations and engaging anecdotes, Andrew Slater’s documentary skirts the nostalgia trap by entertainingly connecting with an impressive lineup of contemporary singer-songwriters referencing the influential ’60s pop style with their own releases.” – Justin Lowe, The Hollywood Reporter

“A combination musical documentary and concert film right up there with the all-time greats.” – Film Threat