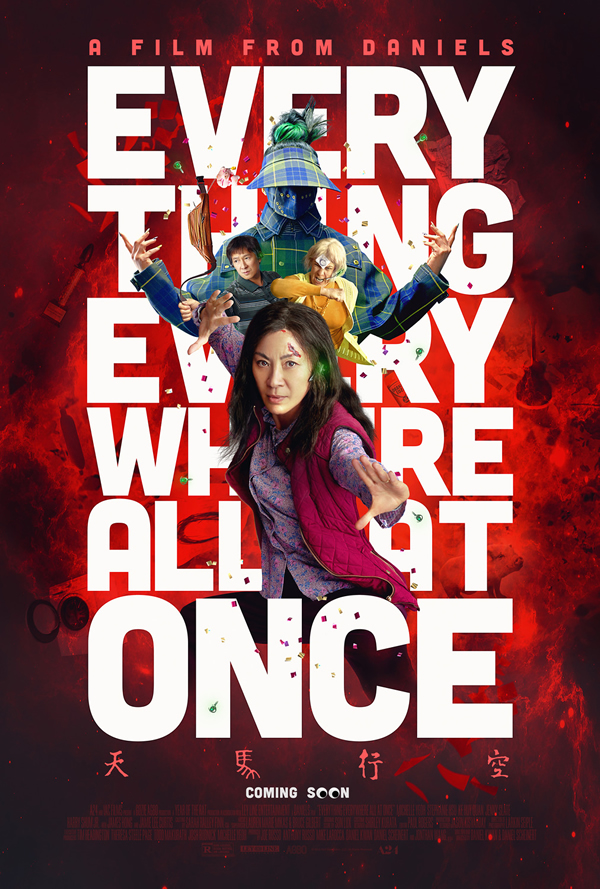 Everything Everywhere All At Once

Directed by Daniel Kwan and Daniel Scheinert, collectively known as Daniels, the film is a hilarious and big-hearted sci-fi action adventure about an exhausted Chinese American woman (Michelle Yeoh – Crazy Rich Asians) who can’t seem to finish her taxes. She becomes swept up in an insane adventure where she alone can save the world by exploring other universes connecting with the lives she could have lived.  (R, 2h19m)

“Everything Everywhere All at Once may be a kaleidoscopic fantasy battle across space, time, genres, and emotions, but it’s an incredibly moving family drama first.” – Alison Willmore, New York Magazine/Vulture

“Yes, the movie is a metaphysical multiverse galaxy-brain head trip, but deep down — and also right on the surface — it’s a bittersweet domestic drama, a marital comedy, a story of immigrant striving and a hurt-filled ballad of mother-daughter love.” – A.O. Scott, NY Times

“It’s not just destined to be one of the best films of the year, but also a classic comedy, sure to be treasured for decades to come. “ – Kristy Puchko, Mashable