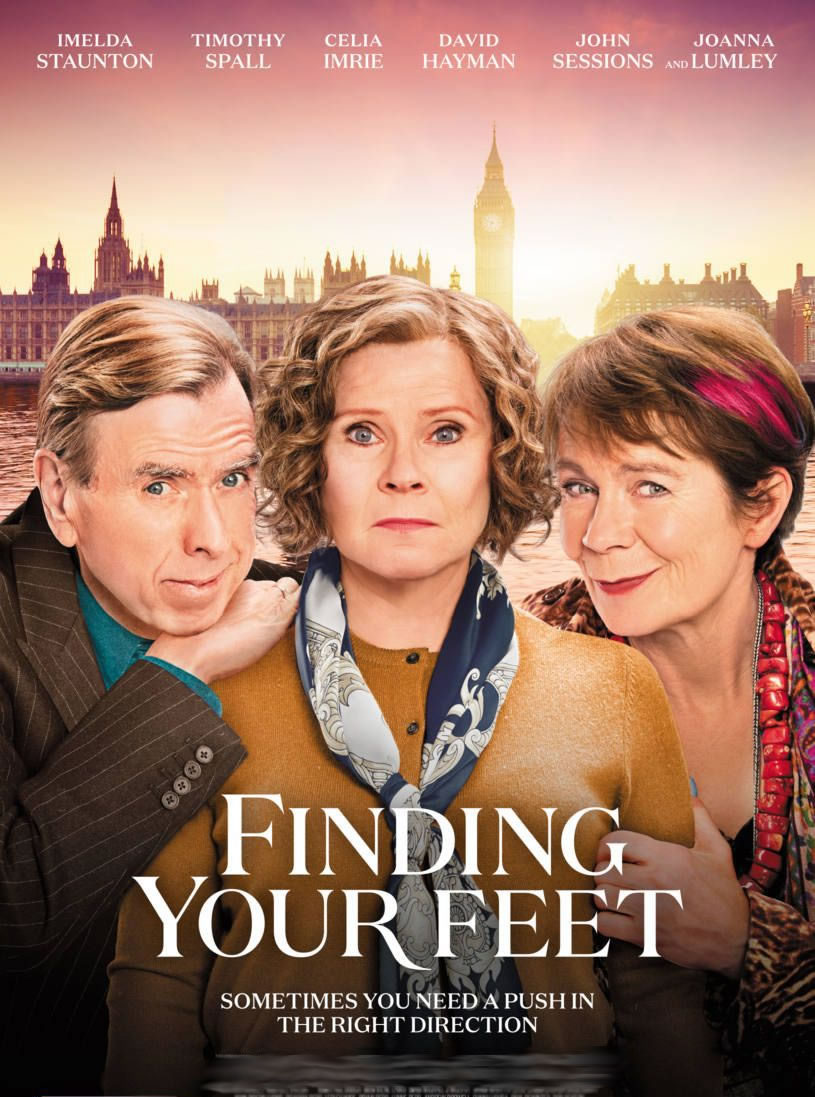 When ‘Lady’ Sandra Abbott (Imelda Staunton) discovers that her husband of forty years (John Sessions) is having an affair with her best friend (Josie Lawrence) she seeks refuge in London with her estranged, older sister Bif (Celia Imrie). The two could not be more different — Sandra is a fish out of water next to her outspoken, serial dating, free-spirited sibling. But different is just what Sandra needs at the moment, and she reluctantly lets Bif drag her along to a community dance class, where gradually she starts finding her feet. (111 mins)

“Finding Your Feet leans heavily on its cast of British screen greats. Luckily, Staunton, Imrie, Spall, Lumley et al are up to the task of dancing around most of the plot’s more tired or ill-considered moments.” – Clark Collis, Entertainment Weekly

“Comfort food for the young at heart, Richard Loncraine’s movie is as cozy as old slippers and as familiar as the British character actors who populate its London locations.” – Jeanette Catsoulis, The New York Times