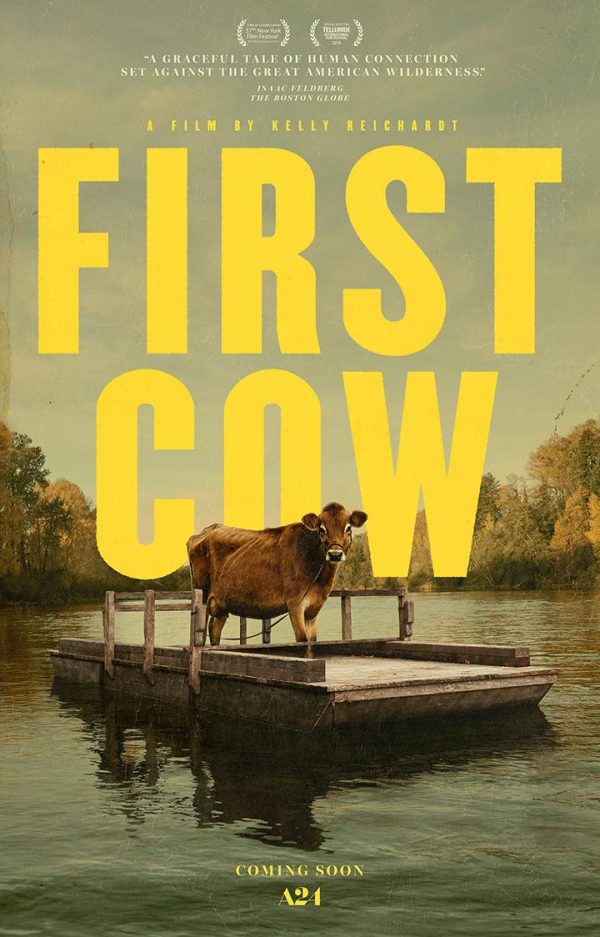 The latest project from acclaimed filmmaker Kelly Reichardt (Certain Women, Meek’s Cutoff) is based on the novel The Half Life by Jonathan Raymond and set in the Pacific Northwest at the turn of the nineteenth century. A taciturn loner and skilled cook (John Magaro) has traveled west and joined a group of fur trappers in Oregon Territory, though he only finds true connection with a Chinese immigrant (Orion Lee) also seeking his fortune. Soon the two collaborate on a successful business, although its longevity is reliant upon the clandestine participation of a nearby wealthy landowner’s prized milking cow. (PG-13, 122 mins)

“‘First Cow’ is vividly alive on arrival and grows into pure enchantment, although it starts at a saunter and its physical scale is small.” – Joe Morgenstern, The Wall Street Journal

“‘First Cow’ is fundamentally a western: It takes up questions of civilization, solidarity and barbarism on the American frontier. And like many great westerns it critiques some of the genre’s foundational myths with bracing, beautiful rigor, including the myth of heroic individualism.” – A.O. Scott, The New York Times