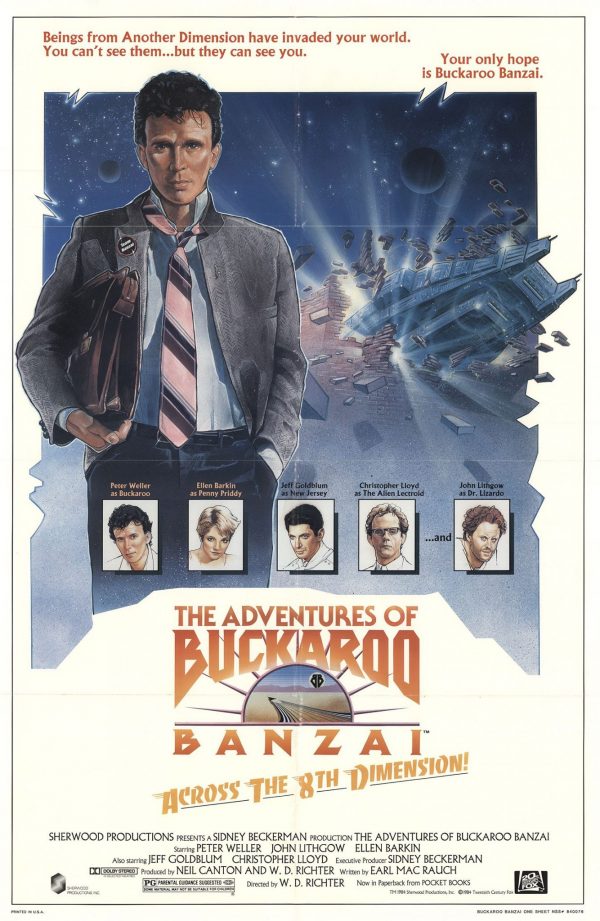 FlickIt! presents The Adventures of Buckaroo Banzai Across the 8th Dimension

Oscar nominees Peter Weller and John Lithgow team with Emmy winners Ellen Barkin and Christopher Lloyd in this fiendishly clever sci-fi comedy. Neurosurgeon, nuclear scientist, and rock musician Buckaroo Banzai (Weller) and his crime-fighting team, the Hong Kong Cavaliers, are called upon to save the world when his sworn enemy, the demented Dr. Lizardo (Lithgow), devises a plot to destroy the Earth. The extra-dimensional battle could result in total annihilation of the universe! Dismissed by many critics as ‘strange’ and ‘unintelligible’ at the time of its release, the film has amassed a loyal fan following and is included in many Top Cult Films lists. (1984, PG, 103mins)