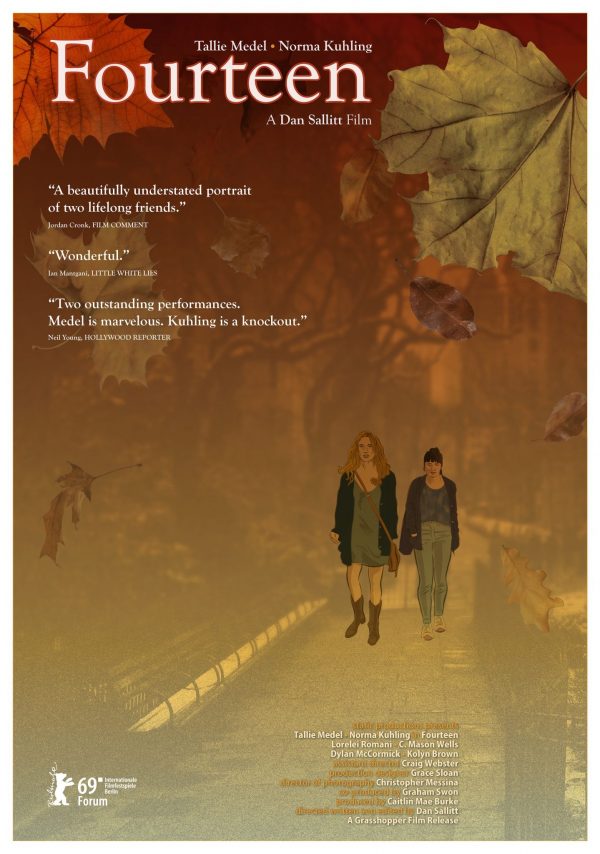 Mara and Jo, in their twenties, have been close friends since middle school. Jo, the more outgoing figure, is a social worker who runs through a series of brief but intense relationships. Mara, a less splashy personality than Jo, bounces among teacher aide jobs while trying to land a position in elementary education, and writes fiction in her spare time. Over the course of a decade, it becomes apparent that Jo is unreliable in her professional life. The more stable Mara sometimes tries to help, sometimes backs away to preserve herself, but never leaves behind her powerful childhood connection with Jo. (94 mins)

$12.00 Click Here to view via Grasshopper Films and your rental price will support the Naro!
(You will be emailed instructions from Grasshopper to view the film. Watch via your Computer, Tablet, or Chromecast.)

“Life is a series of accumulations, and ‘Fourteen’ is smart about how friendships can, in a strange way, deepen even as they dissolve.” – Jesse Hassenger, AV Club

“This is a wonderful, subtly devastating film from a voice in American independent cinema that will hopefully become better known.” – Ian Mantgani, Little White Lies

“What I love about the film, among other aspects, is how the wry verbal wit of the early conversations suggests a mordant comedy, almost a working-class variation on the films of Whit Stillman.” – Michael Phillips, Chicago Tribune