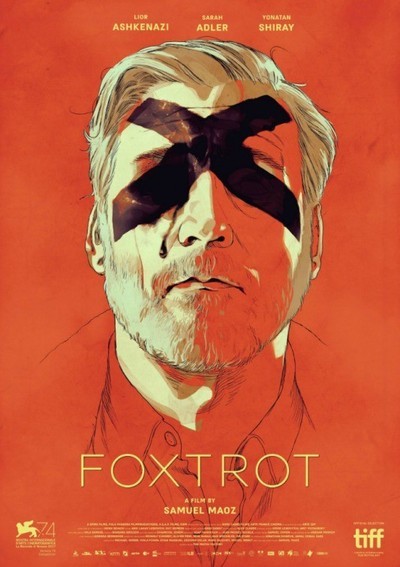 Michael and Dafna experience gut-wrenching grief when Israeli army officials show up at their home to announce the death of their son Jonathan. Michael becomes increasingly frustrated by overzealous mourning relatives and well-meaning army bureaucrats. While his sedated wife rests, Michael spirals into a whirlwind of anger only to experience one of life’s unfathomable twists – a twist that can only be rivaled by the surreal military experiences of his son. From filmmaker Samuel Maoz (Lebanon). In Hebrew with subtitles. (108 mins)

“An intricate, dazzling cinematic dance, Foxtrot goes both deeper in and further out than standard-issue cinema. It’s profound and moving and wild and crazy at the same time, simultaneously telling a specific story and offering an emotional snapshot of a country whose very soul seems to be at risk.” – Kenneth Turan, Los Angeles Times

“Graced by superb performances, especially from Ashkenazi and Adler, this gentle but devastating portrait bursts with integrity and tough honesty, even in its most lighthearted moments. – Ann Hornaday, Washington Post