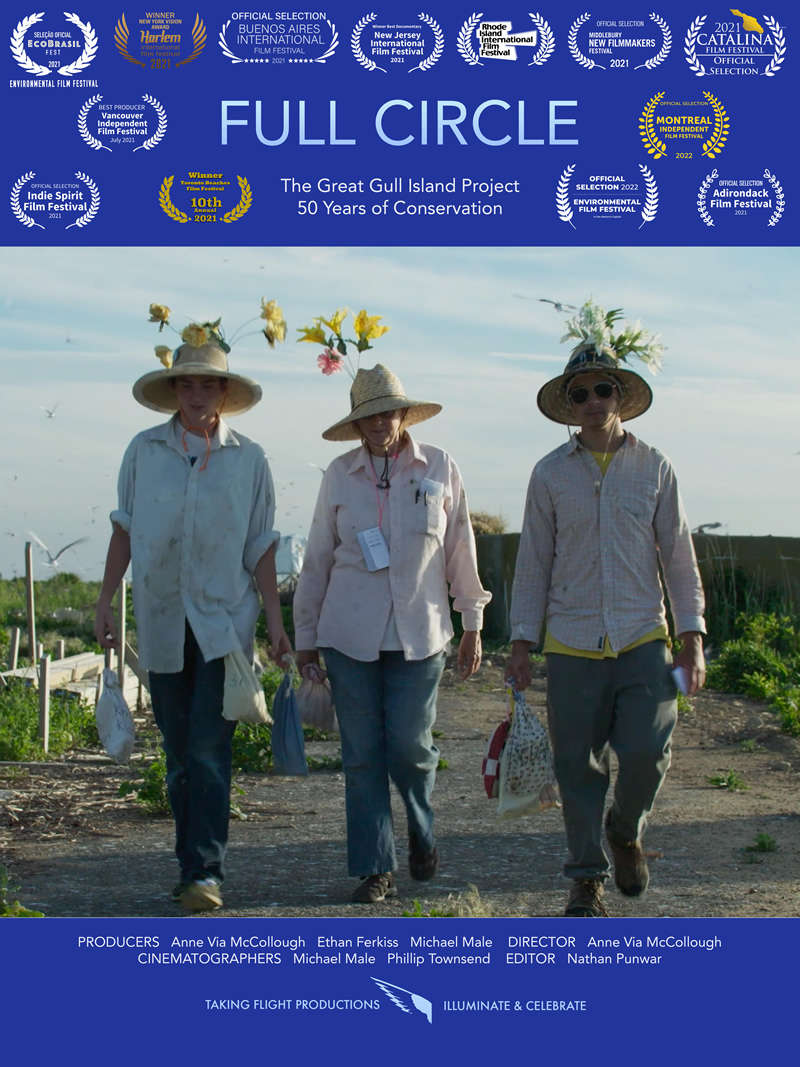 This multi-award winning documentary celebrates one woman’s triumph in conservation: the Great Gull Island Project, Helen Hays’ 50-year quest to save two species of threatened seabirds. During her long term study, she vastly increased the numbers of nesting Roseate and Common Terns on a small, uninhabited island in Long Island Sound. The film reveals the nesting season of the terns up close  – arrival, courtship, hatching, feeding, fledging  – and highlights the myriad of volunteers fostered & inspired by Hays over the decades; her extensive collaboration with scientists in Argentina, Brazil and the Azores; and also her remarkable & heartwarming connection with a small fishing village on the north coast of Brazil. Hays’ dedication has helped complete an important circle, not only in conservation efforts, but also in connecting people from all over the globe… people who were once strangers, are now friends & colleagues working together for a common cause. (76 min)

Cinematographer/Producer Michael Male, Musicians Neal Friedman and David McCollough, and Director/Producer Anne Via McCollough all plan to be in attendance!