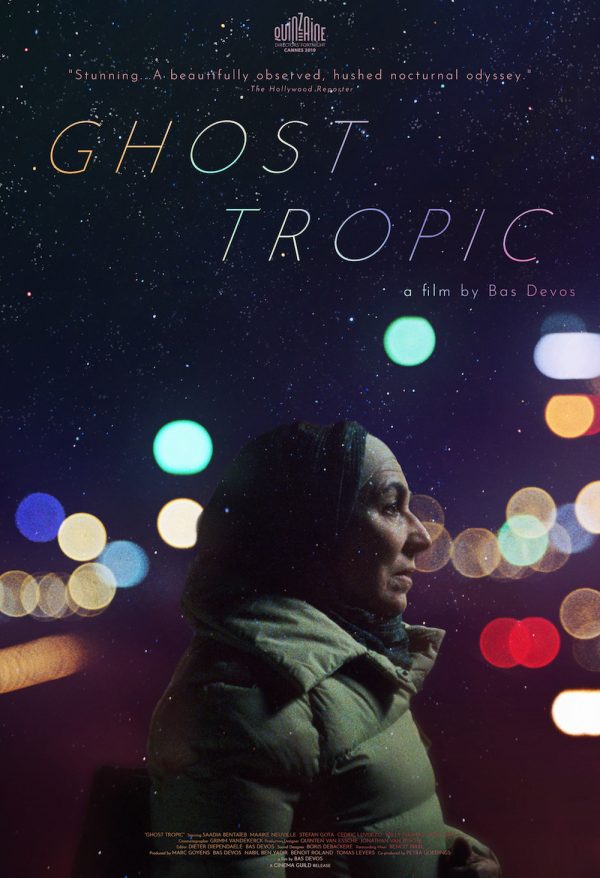 After work one night, Khadija (Saadia Bentaïeb), a fifty-eight-year-old Maghrebi cleaning woman living in Brussels, falls asleep on the last subway train, wakes up at the end of the line and has no choice but to make her way home on foot. On her long, nocturnal voyage home, she has a series of encounters: with a security guard, a convenience store clerk, a group of teenagers. She asks for help and she gives it and slowly, steadily makes her way. Director Bas Devos’s lightness of touch combines with the richness of Grimm Vanderkerckhove’s 16mm images to create a small wonder of humanistic storytelling. Ghost Tropic is a testament to the everyday drama of immigrant life and insists on the possibility of goodness and beauty, even in the dark of night. In French with subtitles. (85 mins)

$12.00 Click Here to view via Cinema Guild and your rental price will support the Naro!
(You will be emailed instructions from Cinema Guild to view the film. Watch via your Computer, Tablet, or Smartphone ∙ Cast via Chromecast or Airplay ∙ Or connect your computer or mobile device to your TV using an HDMI cord.)

“Gorgeous… A witching hour-and-a-half that unfurls as gradually and un-threateningly as the sky lights up during dawn.” – Ben Driscoll, Sight and Sound

“Hypnotic and haunting, one of the great visual achievements of the year.” – Hannah Faris, Chicago Monitor