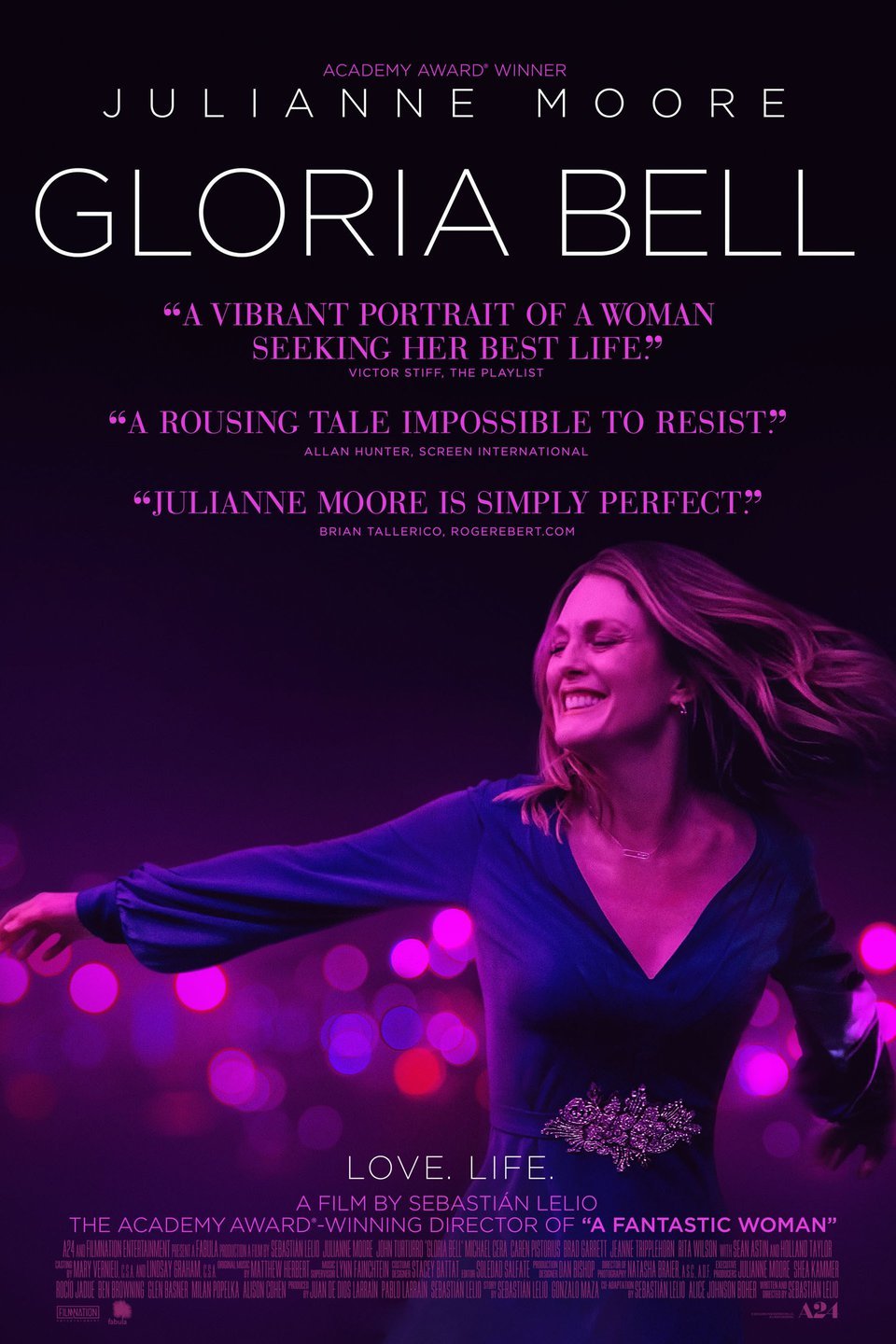 Gloria (Julianne Moore) is a free-spirited divorcée who spends her days at a straight-laced office job but her nights are devoted to the dance floor, joyfully letting loose at clubs around Los Angeles. After meeting Arnold (John Turturro) on a night out, she finds herself thrust into an unexpected new romance, filled with both joys and complications. From Academy Award-winning director Sebastián Lelio (A Fantastic Woman, Disobedience) comes this heartfelt romantic comedy. (R, 102 mins)

“As a performer, Moore can go big, and a terrible yowl here pierces the heart. But she’s a virtuoso of restraint. She shows you the rush of emotions just before they break the surface, so the hurt and confusion flicker on her face like minute shifts of light.” – Manohla Dargis, The New York Times

“Moore’s compassionate performance confirms the strength of the original and its beloved heroine’s universal appeal. More than that, Gloria Bell proves that the best stories can be told endlessly, so long as they’re told well.” – Eric Kohn, IndieWire