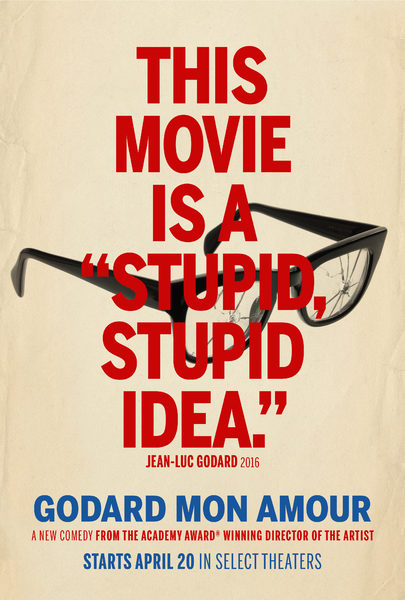 Academy Award-winning director of The Artist, Michel Hazanavicius, once again transports moviegoers back in time. France in the late 1960s has been swept over by the French New Wave of filmmaking. The young filmmaker Jean-Luc Godard (Louis Garrel) is considered an enfant terrible. The script is based on the memoir by his first wife, actress Anne Wiazemsky (Stacy Martin). She finds herself juggling political protests and artistic challenges in her married life with renowned filmmaker Jean-Luc Godard (Louis Garrel). As her country undergoes enormous cultural change, so too does Anne’s dynamic with her husband. This is a comic romance with bite. In French with subtitles. (107 mins)

“It’s a dazzlingly executed, hugely enjoyable act of stylistic homage, but also the poignant story of a dysfunctional marriage and an insightful recreation of a critical and contradiction-ridden period of modern French history.” – Jonathan Romney, Screen International

“In color, style and humor — even in its graphics and editing — it’s very much like a Godard film from the mid-1960s. Thus, the experience is like watching an actual Godard film — the first great Godard film since “Masculin Féminin” in 1966.” – Mick LaSalle, San Francisco Chronicle