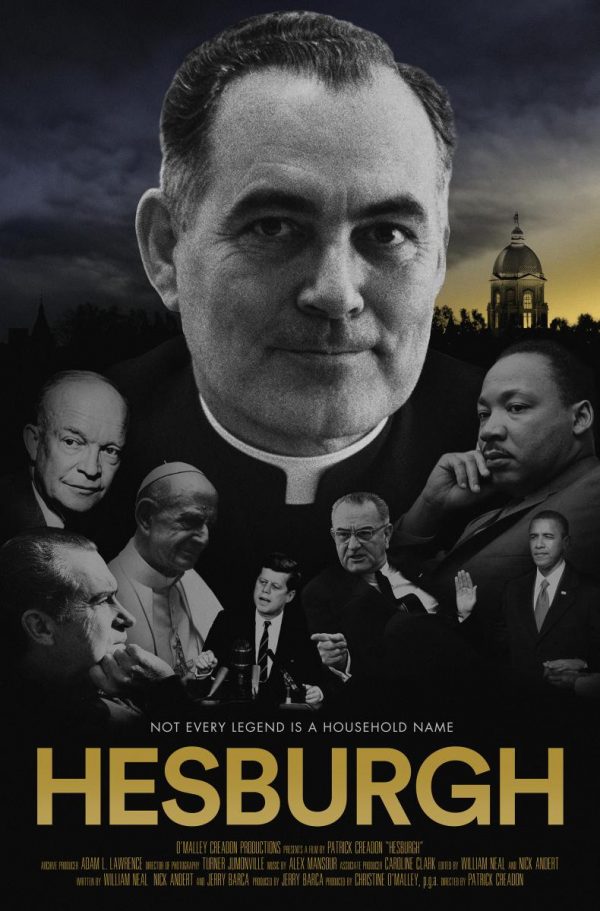 Amidst the early days of the civil rights movement, white religious leaders who participated in marches and protests ebbed and flowed. One glaring exception was the consistent presence of Rev. Theodore Hesburgh, a Catholic priest and the prestigious president of Notre Dame University. Father Ted was well-connected to the country’s leadership, and his work for the equal rights of African-Americans encouraged the policies enacted under the administration of Lyndon Johnson and other presidents. This moving new documentary from award-winning filmmakers Patrick Creadon and Christine O’Malley, examines the challenges and triumphs of one of the most influential leaders in American history. (106 mins)

“Hesburgh is consistently smart about its subject. It makes a convincing case that the priest was one of a handful of whites in the civil rights movement who understood the systemic nature of racism in the United States.” – Glenn Kenny, The New York Times

“This moving, illuminating slice of American life and social history serves as a stirring example that we should all do much better. And we can start right now.” – Ann Hornaday, Washington Post