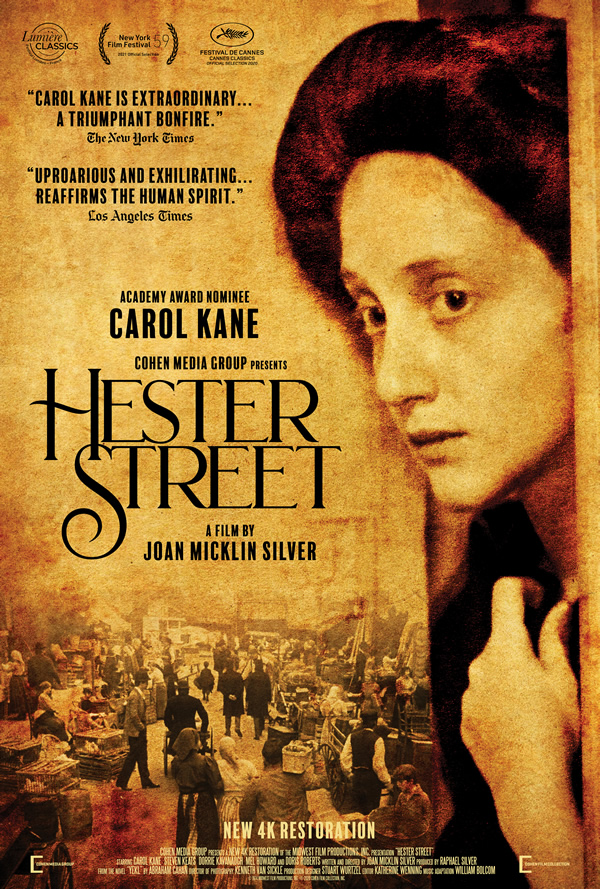 Among the great cinematic portraits of Jewish life in America, Joan Micklin Silver’s debut feature is anchored by her own screenplay (adapted from Abraham Cahan’s 1896 novella Yekl: A Tale of the New York Ghetto) and an unforgettable, Oscar-nominated performance by Carol Kane. Kane stars as Gitl, one-half of an Eastern European Jewish couple alongside Yankel (Steven Keats). Upon arriving in New York’s Lower East Side in the late 19th century, Gitl finds that Yankel, who’d come over to America before her and their young son Yossele, has begun an affair with a dancer, and Gitl finds herself in an unenviable situation in a strange new place. Hester Street reconstructs this bygone haven for Jewish immigrants to paint one woman’s journey to assimilation and her arrival at the crossroads of tradition and modernity. (1975, PG, 89 min)

A special presentation of the 2022 Virginia Festival of Jewish Film, Hester Street has been restored in sparkling 4K in honor of the film’s 40th anniversary.  The event is dedicated to longtime friend of the festival, Mal Vincent, and includes a conversation with Rabbi Michael Panitz of Temple Israel in Norfolk.  Tickets can be purchased in in advance online at https://federation.jewishva.org/arts-ideas/film-festival or at the door. Naro ticket books are valid.