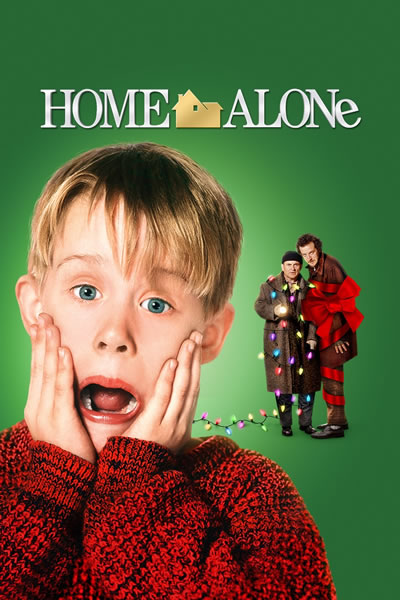 A modern Christmas classic, Home Alone when released in 1990 was an instant hit praised by audiences and critics alike, and it became the highest grossing live-action film up to that time. It stars Macaulay Culkin as Kevin McCallister, a child accidentally left behind in his large suburban home by his parents (John Heard, Catherine O’Hara) rushing off to a holiday vacation with the rest of his family.  Kevin is forced to bravely (and hilariously) defend his home from two hapless burglars played by Joe Pesci and Daniel Stern.