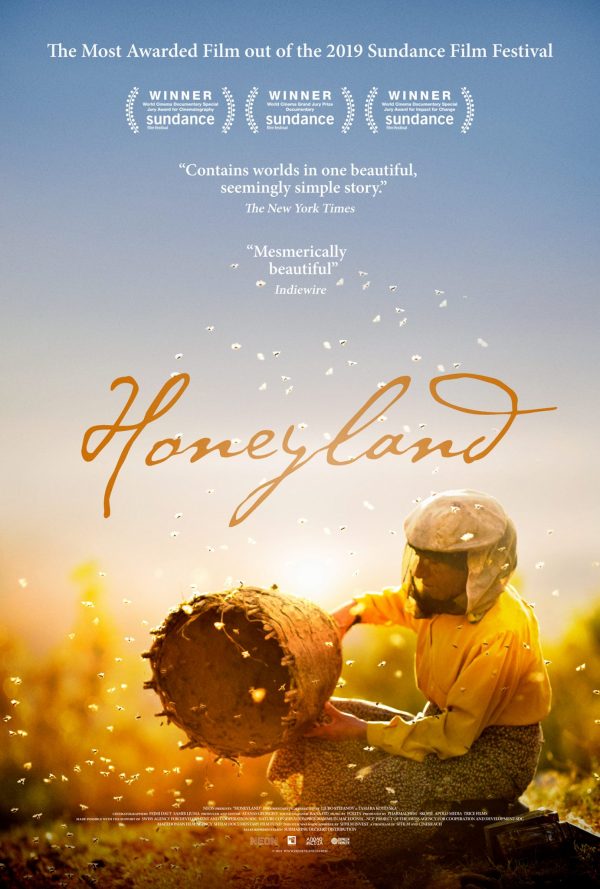 Nestled in an isolated mountain region deep within the Balkans, the last in a long line of wild beekeepers lives a simple life without electricity or running water. But her peaceful existence is thrown into upheaval by the arrival of an itinerant family of seven rambunctious children and a herd of cattle. It doesn’t take long however, before a conflict evolves that exposes the fundamental tension between nature and humanity, harmony and discord, exploitation and sustainability. Sundance Film Festival Winner World Cinema Grand Jury Prize: Documentary. (85 mins)

“Grave and wise, ‘Honeyland’ is ultimately an act of faith, and the filmmakers extend the idea of balance all the way to the film’s implicit moral.” – Ty Burr, Boston Globe