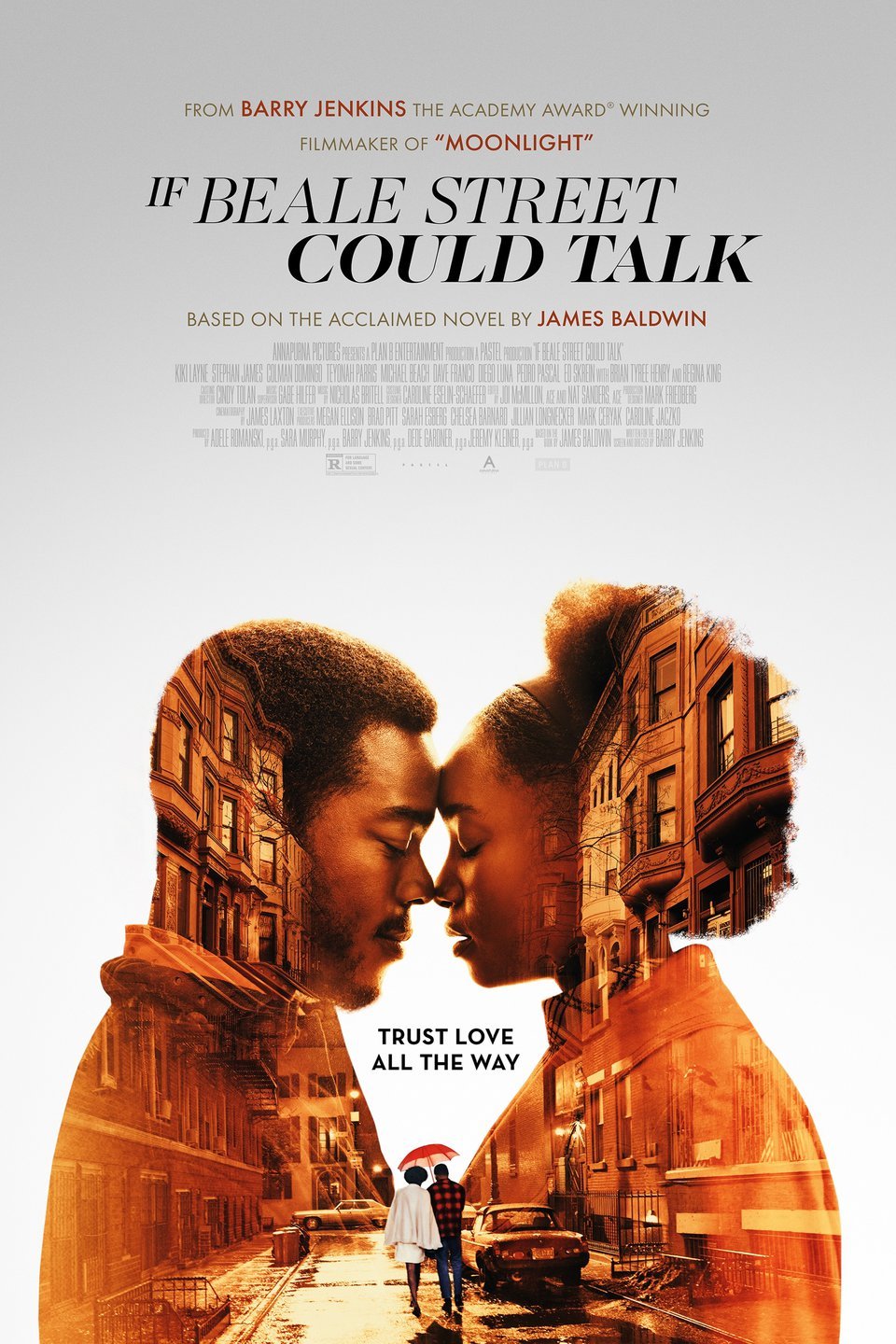 Set in early-1970s Harlem, daughter and wife-to-be, Tish vividly recalls the passion, respect and trust that have connected her and her artist fiancé Fonny. Friends since childhood, the devoted couple dream of a future together, but their plans are derailed when Fonny is arrested for a crime he did not commit. Through the unique intimacy and power of cinema, If Beale Street Could Talk honors the author’s prescient words and imagery, charting the emotional currents navigated in an unforgiving and racially biased world as the filmmaker poetically crosses time frames to show how love and humanity endure. Directed by Barry Jenkins (Moonlight) and based on the novel written by James Baldwin. (R, 117 mins)

“Much like his previous films as a director, Jenkins’ Beale Street adaptation is a richly layered and beautifully atmospheric work of cinematic poetry.” – Sandy Schaefer, Screen Rant

“This movie works as a timeless romance, a family drama, a legal thriller and a poignant social commentary. A great American novel has been turned into a great American film.” – Richard Roeper, Chicago Sun-Times