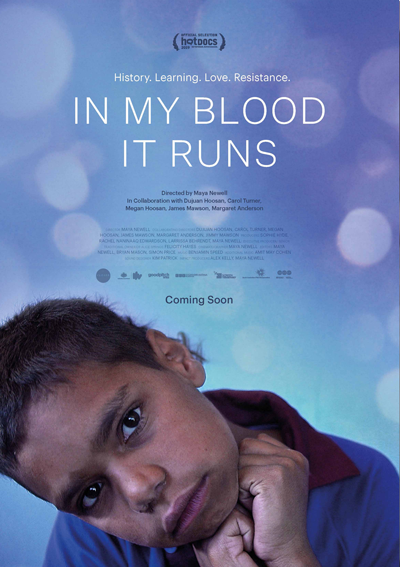 In My Blood It Runs

Dujuan is a 10-year-old Arrernte boy from Mparntwe (Alice Springs) in Australia. Full of life and exuberance, he learns, with the support of his loving mother and grandmother, to hunt, speak two Indigenous languages and become a healer. Dujuan is politically astute and a leader in the making. But within the westernised school system, his strength and intellect go unnoticed and the colonial approaches to education threaten him with failing grades. At the time of filming, 100% of the youth in Alice Springs detention centers were Aboriginal, and throughout the film it becomes increasingly clear that the system is set up to work against young boys like Dujuan. This powerful film, made in collaboration with Dujuan’s family, is an emotional journey through the fight to mend an educational schism between traditional culture and colonial ideas and solidify a future for the youth.  (84 mins)

$10.00 Click Here to view via Sentiant.Art.Film and your rental price will support the Naro!
(You will be emailed instructions from Sentiant.Art.Film to view the film. Watch via your Computer, Tablet, Smartphone, or Chromecast.)

“‘In My Blood It Runs’ sensitively gives a voice to the Indigenous Australian communities whilst engaging with the socioeconomic issues that affect their livelihoods. It’s remarkable.” – Musanna Ahmed, Film Inquiry

“‘In My Blood It Runs’ shows us that colonialism is not just a painful legacy to grapple with, but an ongoing process necessitating resistance.” – Brett Pardy, Seventh Row

“Quietly masterful portrait of growing up indigenous” – The Guardian

In My Blood It Runs Trailer from Sentient.Art.Film on Vimeo.