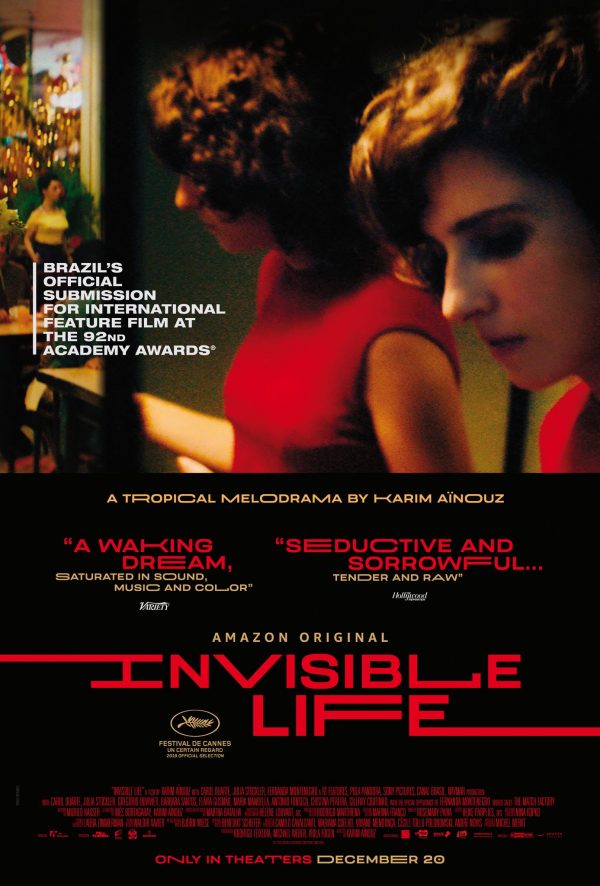 Rio de Janeiro, 1950. Eurídice, 18, and Guida, 20, are two inseparable sisters living at home with their conservative parents. Although immersed in a traditional life, each one nourishes a dream: Eurídice of becoming a renowned pianist, Guida of finding true love. Guida soon gets her wish, and elopes with a handsome sailor. When she returns months later, pregnant and single, her father banishes her. Forced to live apart, they take control of their separate destinies, while never giving up hope of finding each other. Directed by Karim Ainouz. Subtitled. (139 mins)

“The film is so alive, so joyous and raucous at times, that the empathy you feel for these characters is all the more poignant and the catharsis is well earned. This is a film you fall into, like an embrace you wish two sisters would hold, but one that the world denies them.” – Josh Kupecki, The Austin Chronicle