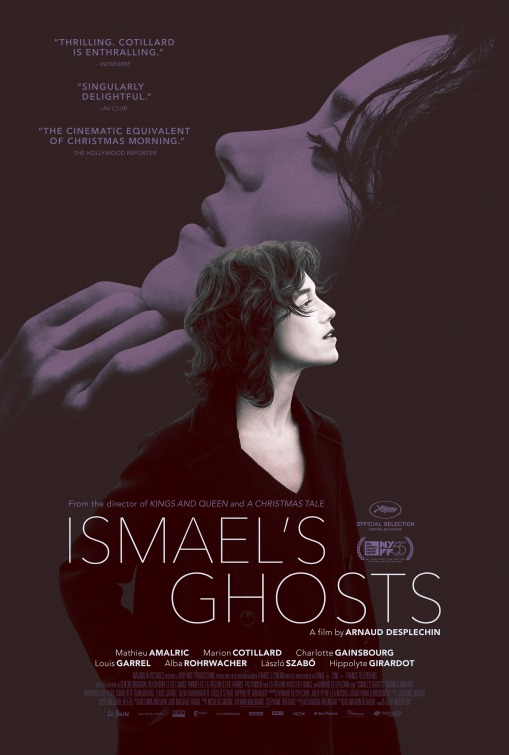 This new romantic drama from acclaimed filmmaker Arnaud Desplechin (My Golden Days) features three of the finest and most exciting French actors working in film today – Marion Cotillard, Charlotte Gainsbourg, and Mathieu Amalric. The multileveled story follows Ismaël Vuillard, a struggling filmmaker who is working on his next feature film. Ismael’s personal life was upended over twenty years ago when Carlotta vanished without warning. He has not heard from her in all that time and has searched in vain for her whereabouts. Yet he has started his life over again with Sylvia, his love and light. Then Carlotta returns from the dead. Sylvia runs away. Ismaël rejects Carlotta. Driven mad by these ordeals, he abandons the film shoot for his family home in Roubaix. There, he lives as a recluse, besieged by his ghosts. This is the director’s cut. In French with subtitles. (R, 135 mins)

“Desplechin has frequently acknowledged his debt to psychoanalysis in general and Lacan specifically, but never had he dared plunge as deeply into the mysteries of the psyche as he does here.” – Giovanni Marchini Camia, The Film Stage