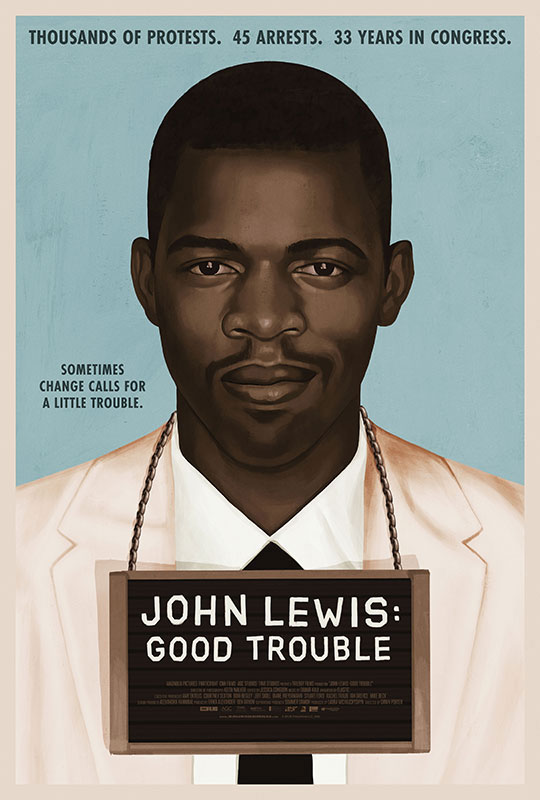 $12.00 Click Here to view via Magnolia Pictures and your rental price will support the Naro!
(You will be emailed instructions from Magnolia Pictures to view the film. Watch via your Computer, Tablet, Smartphone, or Chromecast.)

Immediately following the feature, there will be a pre-recorded discussion between Representative Lewis and Oprah Winfrey, filmed last month and being made available exclusively for virtual cinema and in-theater engagements of the film. This is a wide-ranging, informal, 16-minute conversation that’s a perfect follow-up to the documentary, and could not be more relevant.

“The sheer volume of archival footage and black and white stills in ‘John Lewis: Good Trouble,’ combined with interviews from some of Lewis’ past and present colleagues, has a powerful visual effect.” – Beandrea July, Hollywood Reporter

“The film is both a tribute and a warning – it’s part John Lewis’ greatest hits and part civics lesson about today.” – Steve Pond, TheWrap